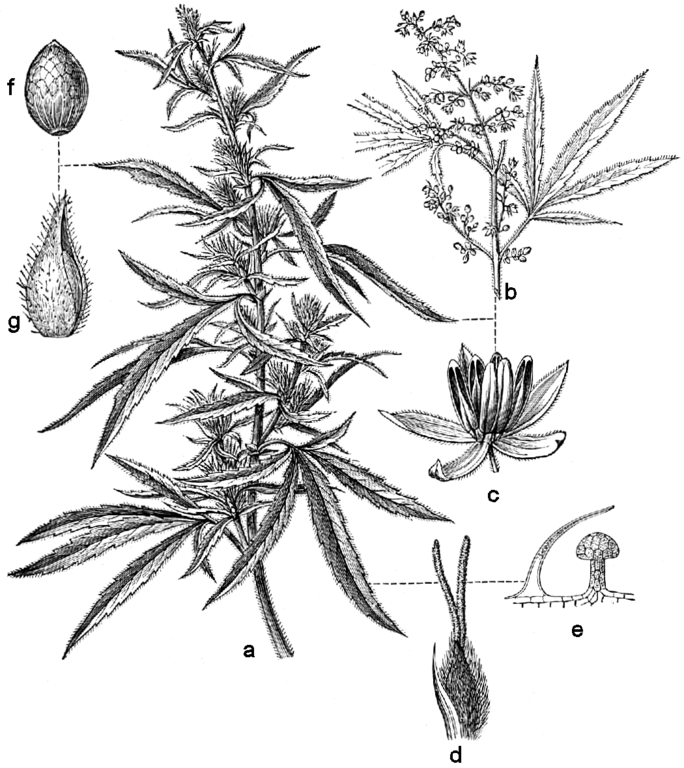 Bhang is a group of cannabis sativa concoctions, prepared and eaten or smoked by folk on the Indian sub-continent. When high speed footage of the Trinity plutonium fission detonation was examined, a double flash was observed. It is a characteristic of nuclear explosions. The double flash enabled an ingenious instrument to be built to measure the yield of nuclear weapons. The physics of the phenomenon means that the interval between flashes is proportional to the size of the explosion. The instrument's simplicity (little more than a photocell, scope & camera) caused some engineers to think the designers must be off their heads, to think yield could be so easily determined. This doubt about drug sobriety caused Nobel Prize winner Fred Reines (of neutrino fame) to name the instrument "The Bhangmeter"

The double flash occurs because of the shockwave from the explosion. When the bomb detonates it forms a fireball, initially at huge temperatures and expanding through a process called radiative growth. As the fireball expands, it cools, and the rate of growth slows. When the temperature has cooled to around 300,000 degrees C the rate of radiative growth has slowed to the local speed of sound in the fireball. At this moment a shock wave forms and separates from the fireball. It travels out at around 30 km/sec. At this speed the shock wave heats the atmosphere to around 30,000 degrees C, to become ionised and incandescent. Ionised gas is opaque to visible light, so it cuts off the light from the much brighter fireball within.

Although shining brighter than the sun, the shock wave acts as a shutter, blocking the fireball light and causing the decrease in brightness seen after initial fireball radiance. As the shock wave expands, it slows and the shock heating of the air decreases. When the shock front merely heats the air to 3000 degrees C, the air becomes transparent again, and light from the fireball once again illuminates it's surroundings. This is the second flash, which occurs at 150 milliseconds for a 20 kiloton bomb, and 900 milliseconds for a 1 Megaton bomb.

The double flash from a small fission bomb such as Trinity has a flash interval of a fraction of a second, and is therefore not easily discernible without slow motion. However with large detonations such as the Russian Tsar Bomba 50+ Megaton blast, the double flash is evident, as can be seen in this video -

Below, from "An account of the return to nuclear weapons testing by the United States after the test moratorium, 1958 - 1961"
W.E.Ogle 1985. US Dept. Energy Nevada Operations Office. 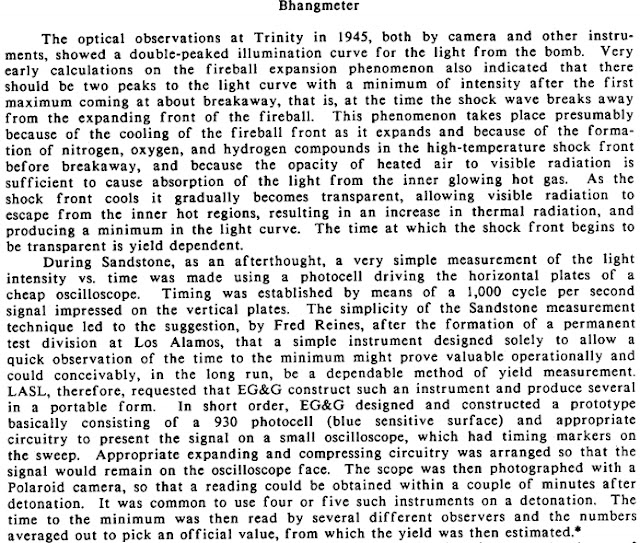 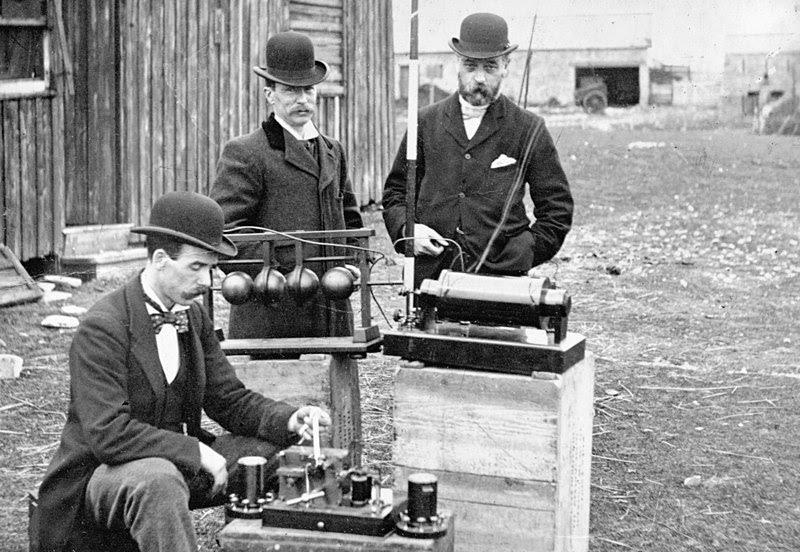