Gooseberry Ore from a Nevada Gold Mine near Tesla Gigafactory 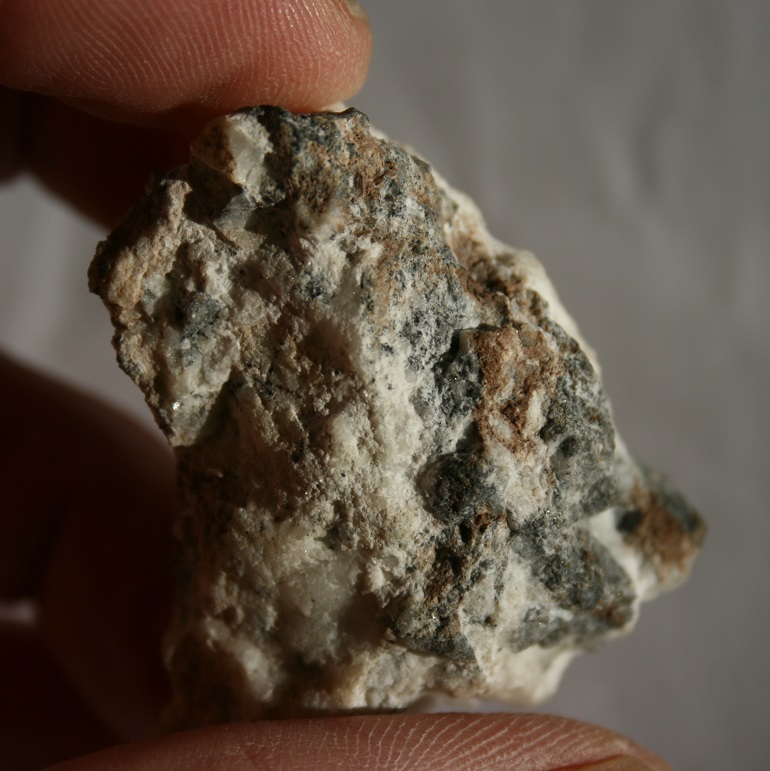 The above lump of gold ore is from the Gooseberry mine,  Ramsey District, Storey Co., Nevada, USA.

I bought it from Mike Owens, during a stay in Virginia City in 1986. Mike's Comstock Rock Shop had a small selection of gold ore specimens from the Gooseberry, complete with copies of the fire assay done by Rocky Mountain Geochemical Corp. 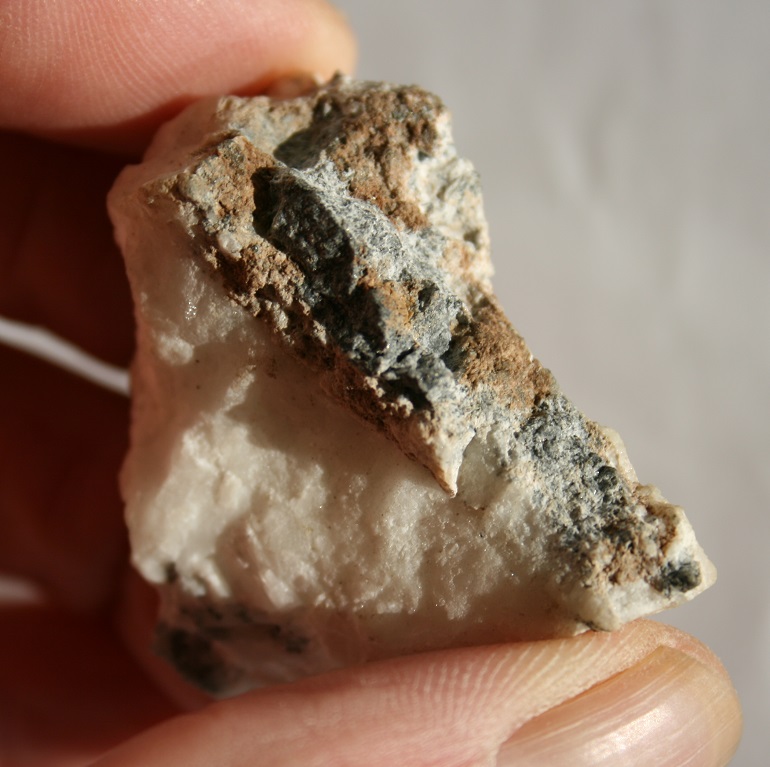 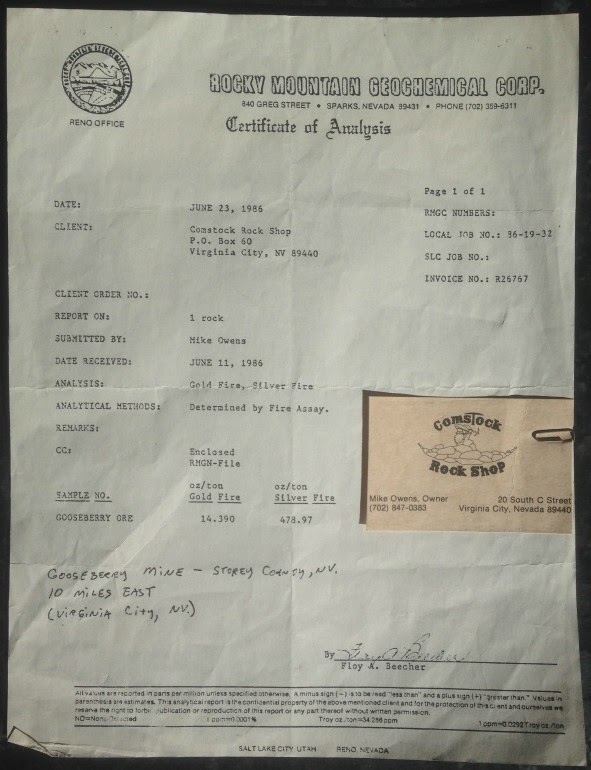 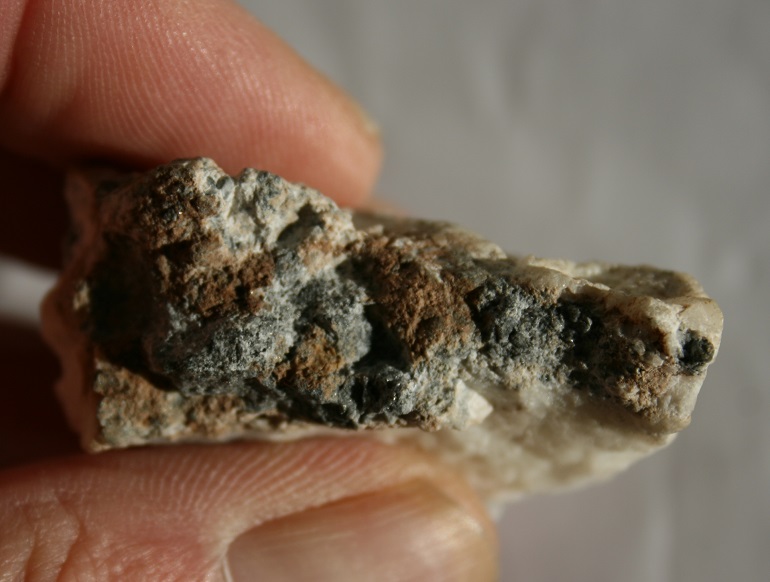 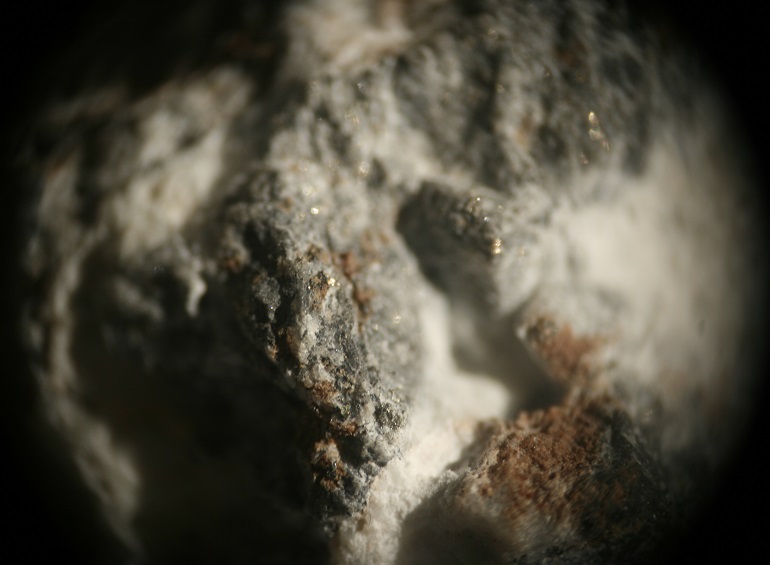 The Gooseberry mine is 112 years old, and shares it's Nevada location with the more recent Tesla Gigafactory. 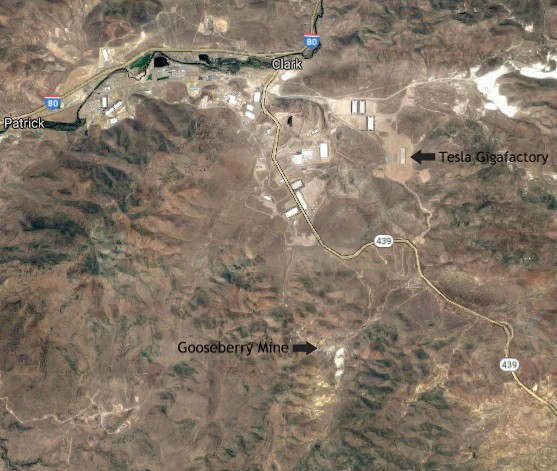 Gooseberry Mine is about four miles from the Tesla Gigafactory

Gooseberry Mine. A prospector discovered gold and silver at the surface in 1906, and did some trenching and surface work until 1910, when "a Fuller mining man", from back East bought a half interest and soon bought the whole property.

The original Gooseberry Shaft was sunk at that time to a depth of 50 ft by hand. In 1928, J.D. Martin, Sr. purchased a half interest in the Gooseberry Mine from "the Fuller man," and together they operated the mine on a small scale, concentrating on development until the early 1930s when they switched from hand operation to a gas engine and air conditioning for the main shaft.

The Martin family took over the mine in mid-1930s and for 40 years sank a 70 degree inclined shaft to the 1000-ft level. Over 9000 ft of drifts were driven at 100-ft intervals with the longest at the 1000-ft level extending 2100 feet west and 1640 feet east. Despite all this development, there was no production recorded from 1906 to 1966. Most of the drift material was stockpiled in dumps at surface, with no development of stopes or vein material.

In 1974 the Martin family executed a partial sale of the Gooseberry Mine to APCO Minerals Inc. who sampled and began construction of a 350 tpd mill, shaft and plant. West Coast Oil and Gas (subsidiary of Scurry-Rainbow Oil Limited) took over the mine in 1976 and operated the mine until suspending mining operations in 1981.

Asamera Minerals purchased the mine in late 1982. Mill capacity was increased to 500 tpd by the end of 1984. Mine closed down to a skeleton crew in 1985, but reopened in 1987 and production continued throughout 1990.

The Gooseberry Mine is developed by a 1450-ft vertical shaft and drifts on the 500, 800 and 1000 ft levels. Mill capacity is 350 st/day, with 85% gold recovery. Developments include the mine, cyanide flotation process mill complex, a laboratory, heap leach pads, mill tailings and a solid waste landfill. 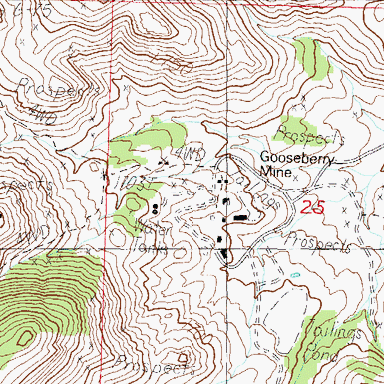 Analytical Data: Nevada Bureau of Mines and Geology Bulletin 70 "Geology and Mineral Deposits of Washoe and Storey Counties, Nevada" 1959 -
"...Grab samples taken from the dump at the mine were found to contain gold values ranging from .83 to 1.14 ounces per ton and silver values of 13.02 ounces to 69 ounces per ton.  Presumably these samples came from the underground workings, but it is not known how representative these samples are of the deposit." Ave. Grade in 1990 194 ozs Au/ton and 7.24 ozs Ag/ton.

The deposit consists of a nearly vertical quartz-dolomite veins that range from a few inches up to 10 or more feet in width. The veins follow an east-west zone, which is better developed at the 900-ft level than at surface. The vein can be traced for several hundred feet at the surface. Ore minerals are disseminated in numerous thin quartz veins present in vicinity of the mine with occasional areas of considerable jarosite, gypsum, and disseminated pyrite. Fissure vein, shear zone, disseminated. 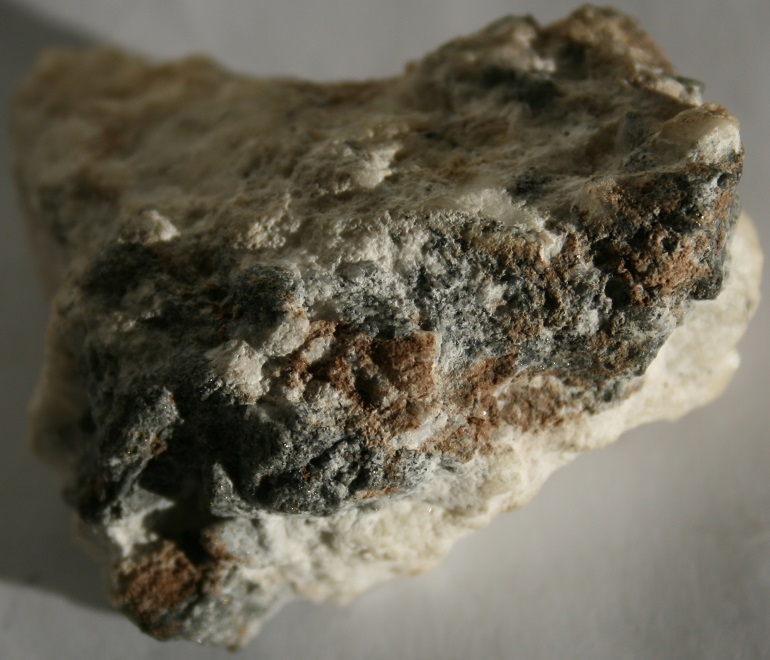 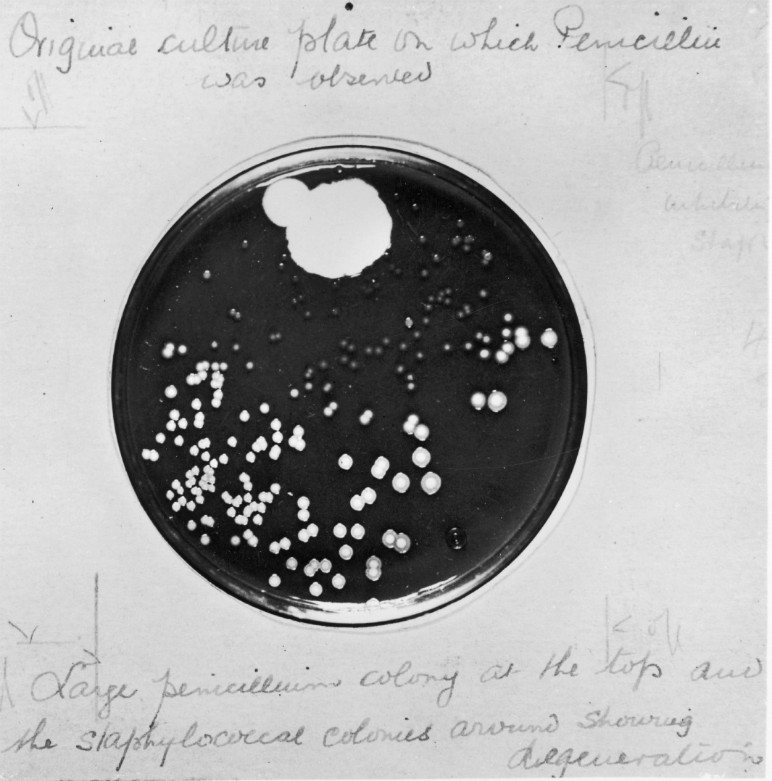 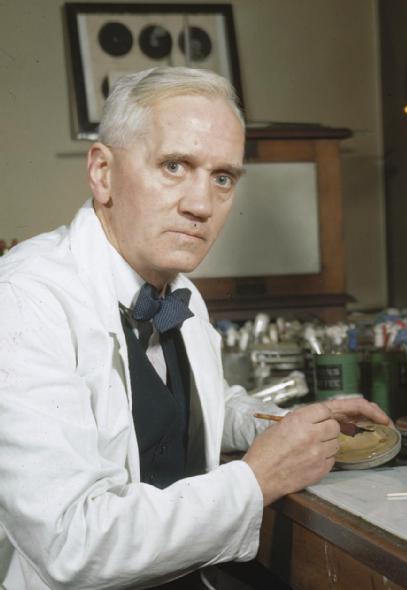 WARNING - Many subjects outlined within this site are extremely dangerous and are provided here for information only. Please don`t experiment with high voltages or chemicals unless you are fully conversant with safe laboratory practices. No liability will be accepted for death, injury or damage arising from experimentation using any information or materials supplied.
Posted by Unknown at 20:50