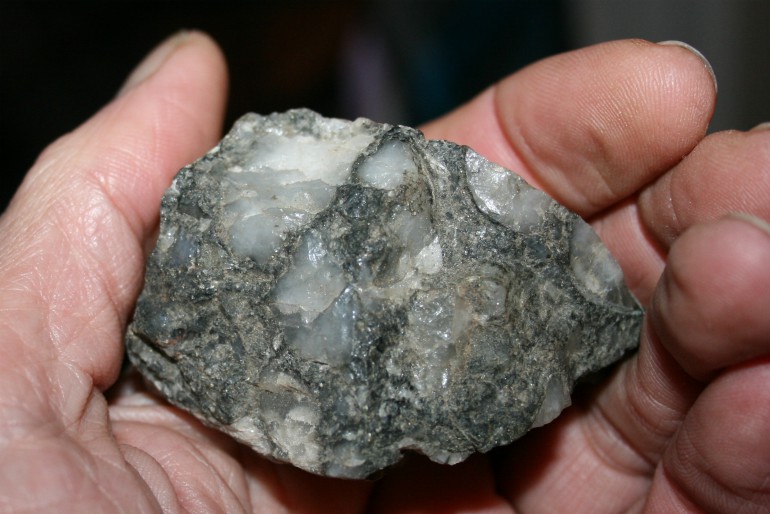 The above specimen of Witwatersrand reef gold ore was mined in the Robinson Deep gold mine, operational between 1898 and 1966.

The Robinson Deep was indeed deep, reaching 8,380 ft. below the surface. The specimen is typical of Witwatersrand conglomerate, having quartz pebbles which are bound in a gold bearing matrix. The gold is very finely disseminated within the matrix, associated with pyrite. Under the microscope, very small specks of auriferous pyrite can be seen.

I was given the specimen in 1967 by a nice old lady, Mrs. Ford. She was my sister Janet's piano teacher in the 1960s. Mr. & Mrs. Ford went on a "Grand Tour" after they were married in the early 1950s (they were posh), and visited Johannesburg, between other "exotic" locations. They went to the Robinson Deep gold mine and were given a sample of "reef" during the mine-tour. 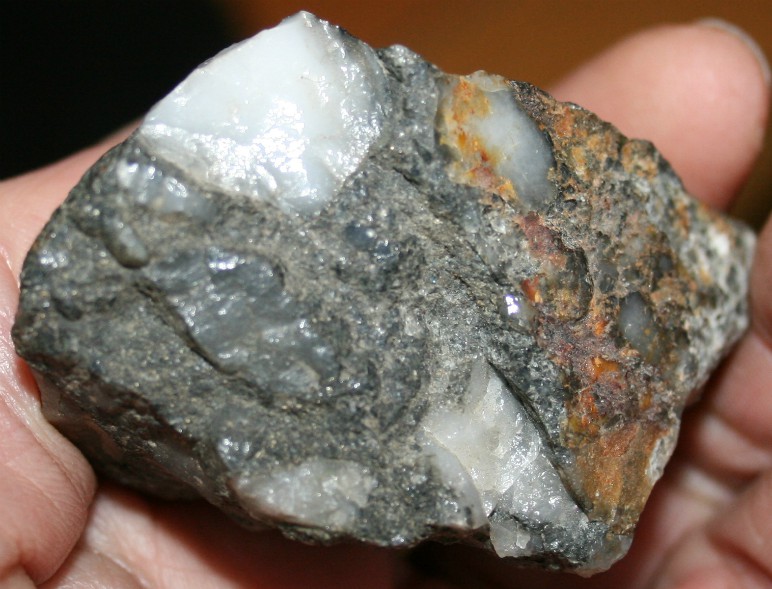 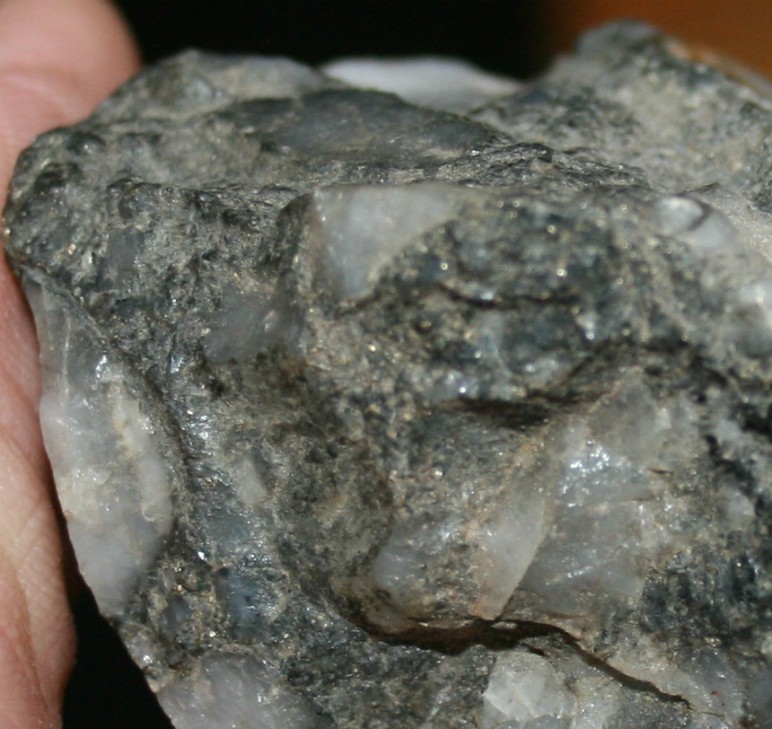 Similar specimens of Witwatersrand conglomerate can be seen on-line at Mindat , at USGS and here.

Interesting references on the geology of the Witwatersrand gold field -

Here's some history of the Robinson Deep gold mine - 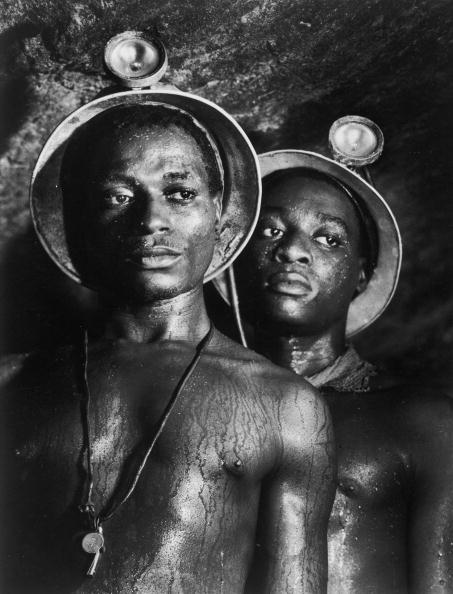 Two Ndau migrant labourers (named No.1139 & No.5122) from southern Mozambique endure 95 degree heat and 100% humidity, more than a mile underground down the Robinson Deep gold mine. This classic photo by Margaret Bourke-White was used in LIFE magazine 18 Sep 1950.

Here's a couple of short films about winning gold from the reef. They're cringe-worthy in their absence of mention of Apartheid, and that the actual source of the immense wealth was the labour of the true owners of the land..... 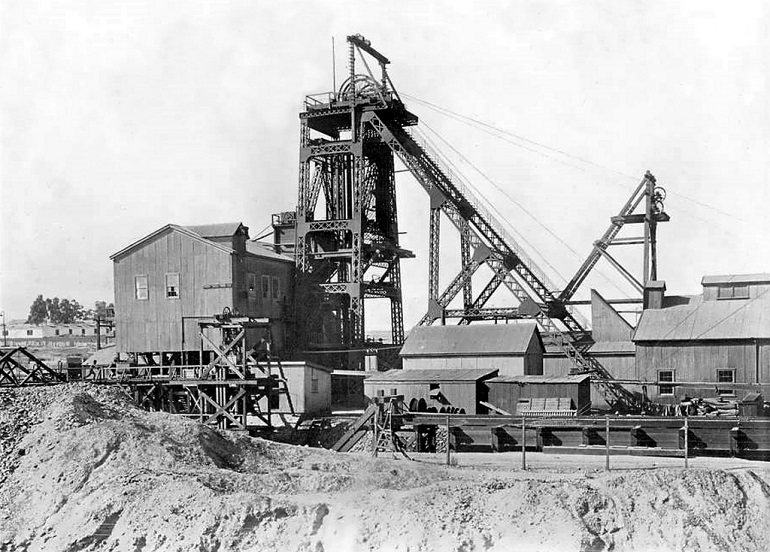 Above, the headgear at Robinson Deep Gold Mine, Johannesburg 1905. Below, a stereo photo of gold bullion produced by the mine in 1910. Use crossed-eyes to see the 3D image of 5012 ounces of gold, worth today £4.87 million. 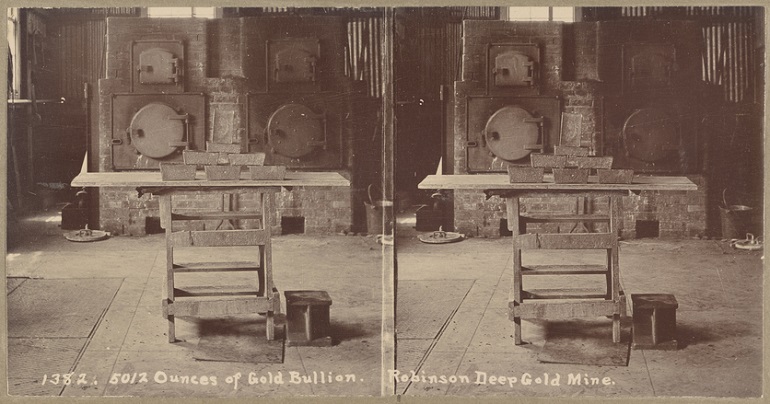 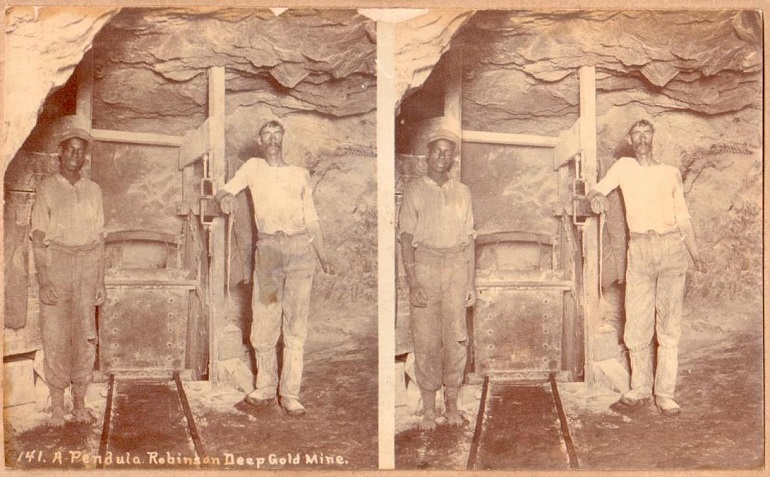 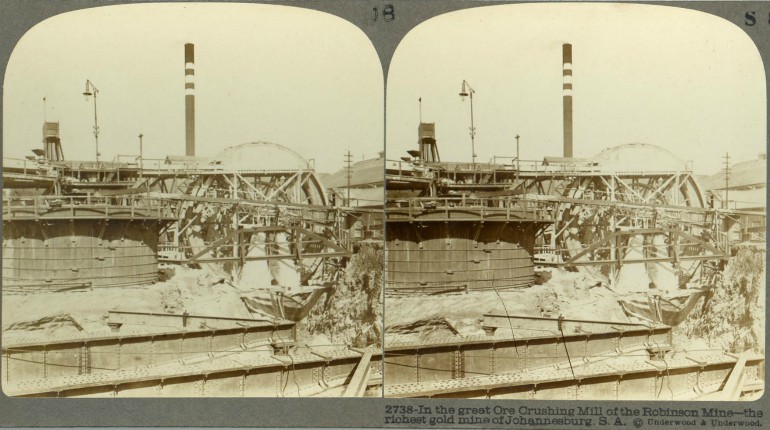 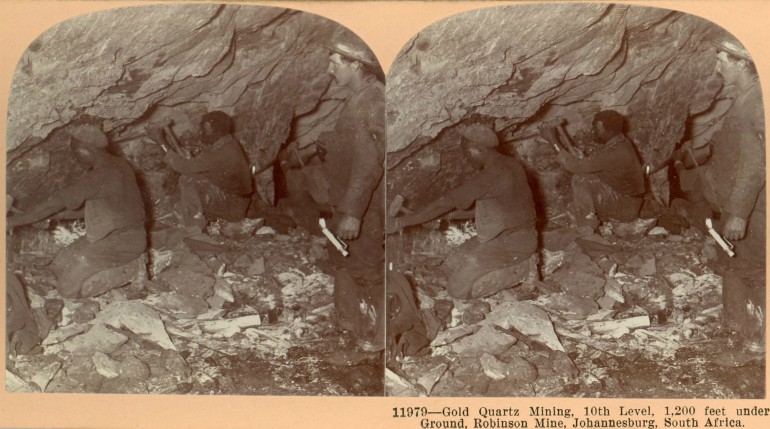 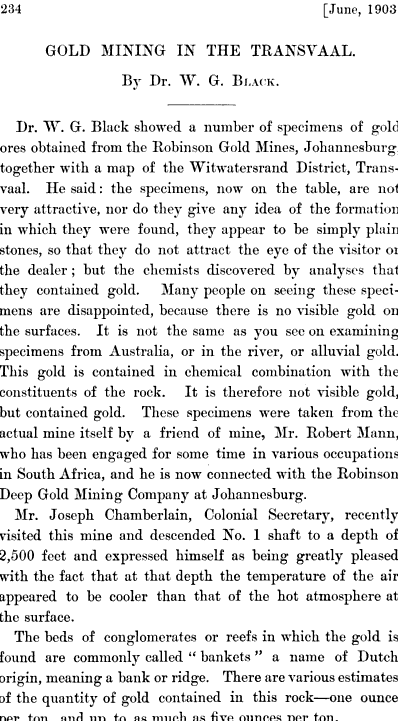 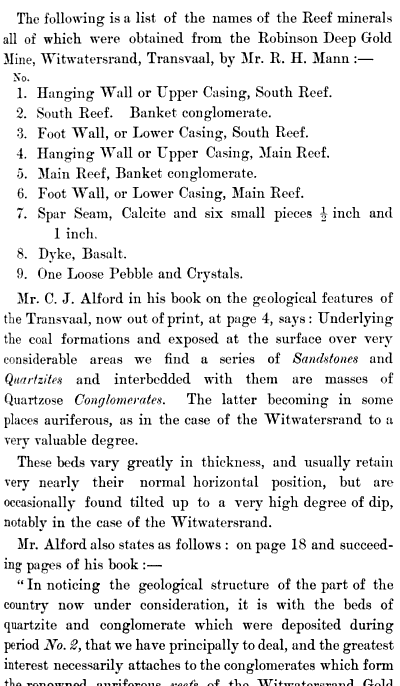 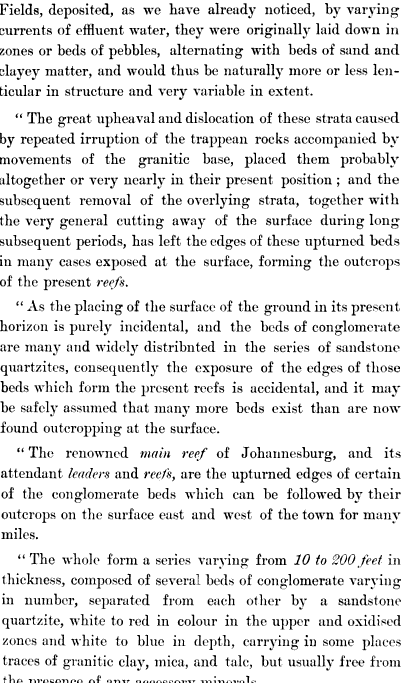 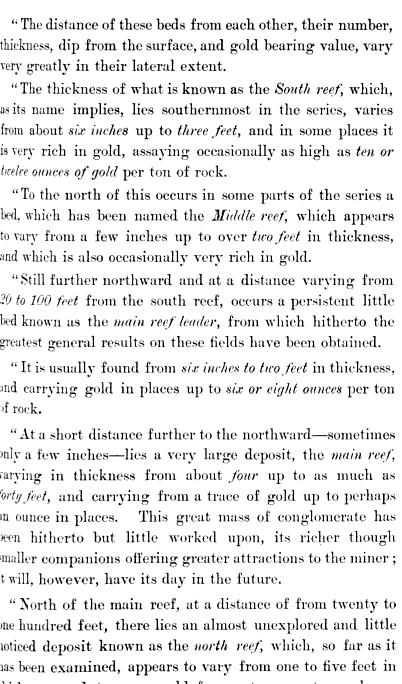 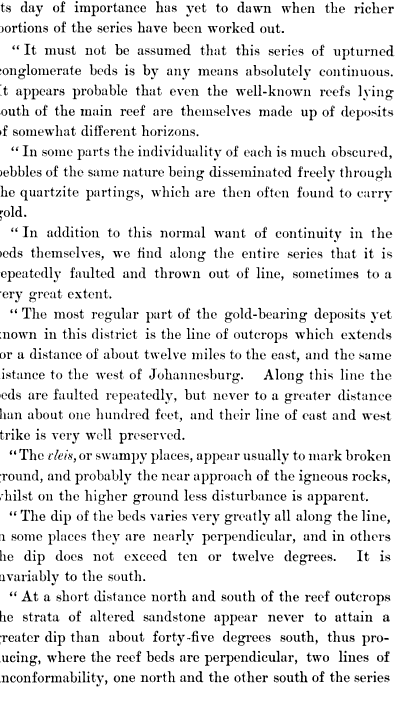 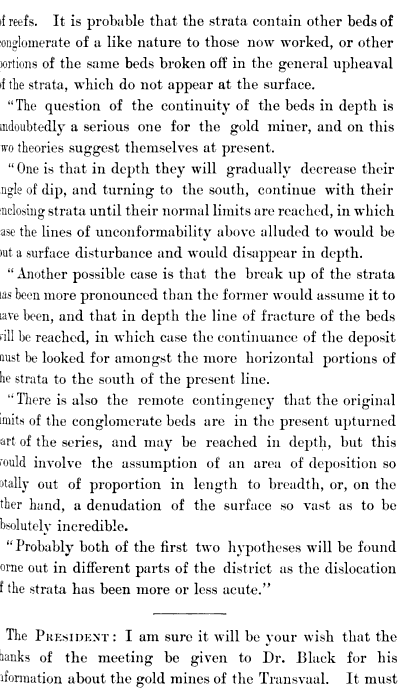 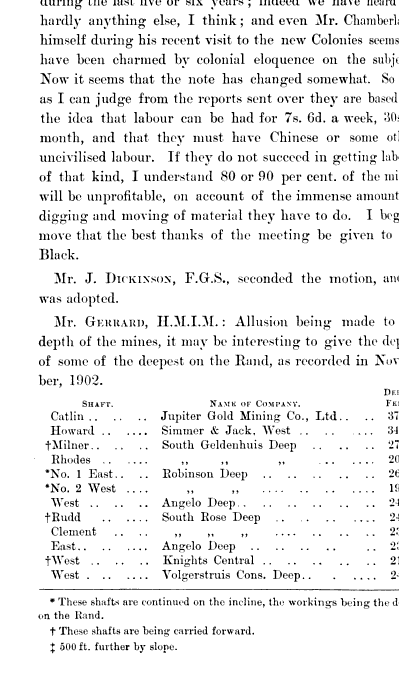 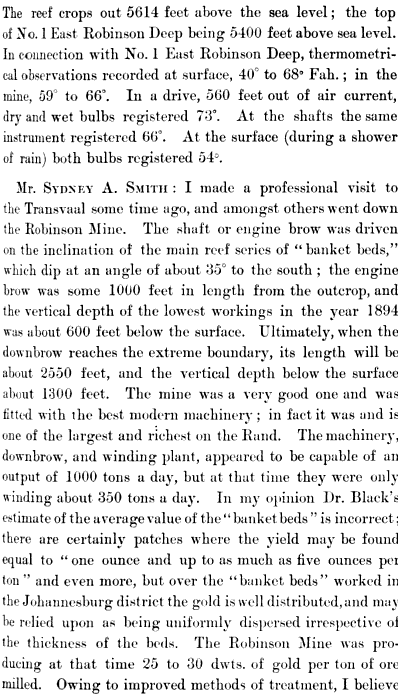 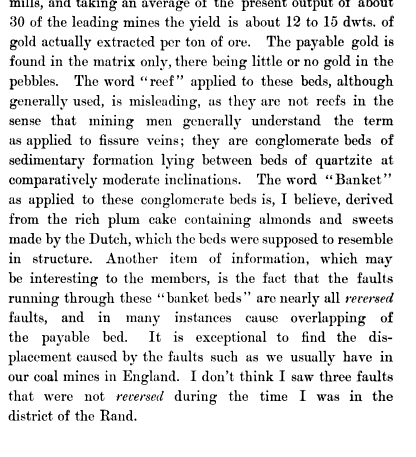 from - Transactions of the Manchester Geological Society, Volume 28, June 1903

For those with an appetite for conglomerate, here's a closer look at the specimen. Video 18 seconds -

WARNING - Many subjects outlined within this site are extremely dangerous and are provided here for information only. Please don`t experiment with high voltages or chemicals unless you are fully conversant with safe laboratory practices. No liability will be accepted for death, injury or damage arising from experimentation using any information or materials supplied.
Posted by Unknown at 20:51