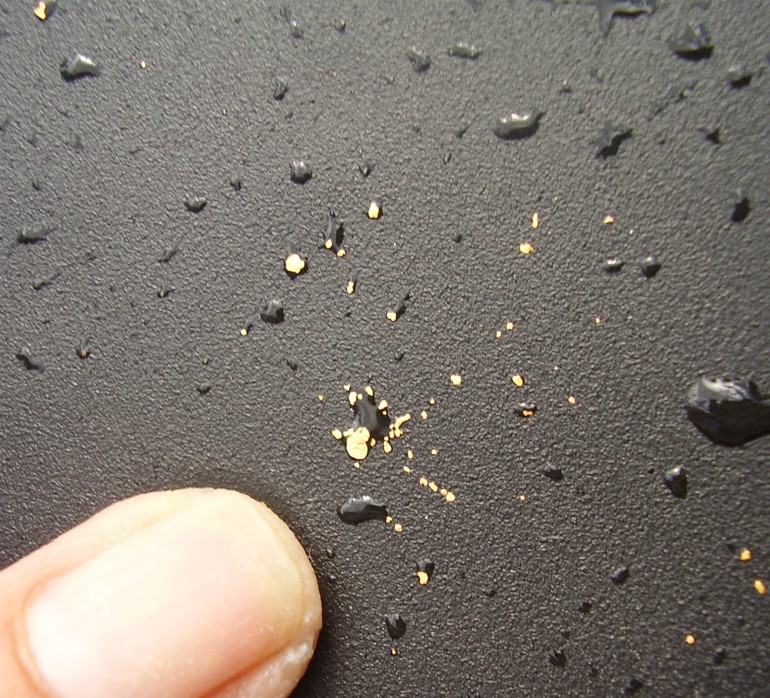 50+ flakes of gold, panned from Oallen Ford on the Shoalhaven river, in the first pan.

A few specks are part of my gold collection, see here

Initial excitement about this Easter 2006 bonanza soon waned because of surface tension, back-pain and hypothermia.

Me and me mate Les had reached here by an 850 km drive from Narra Warren, Victoria to Nowra NSW. After an overnight stop we bought a gold pan and spade we drove 80 km over unpaved road to the Bark Tree Pub at Nerriga (established in 1846). This boozer is remote, frequented by down-to-earth locals, bikers and that peculiar breed of folk - gold panners. Fortified by pies and beer we drove the remaining few km to Oallen Ford. This is a timbered bridge over the Shoalhaven River. 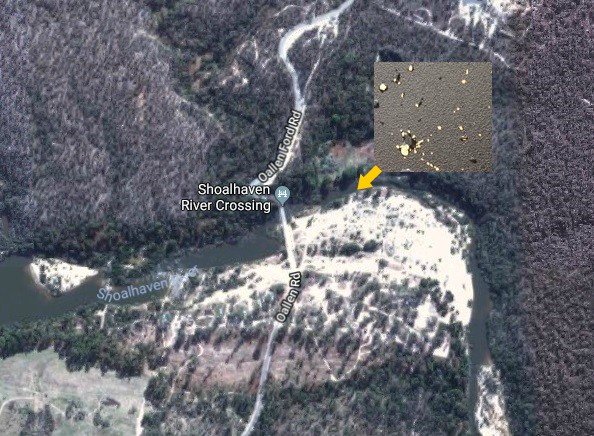 I moved a couple of stones and unleashed the might of the brand-new Chinese-made collapsible shovel upon the river bank. The virgin black plastic gold-pan filled, I started the back-breaking work of panning. The first pan anywhere rarely contains much. The gravel is from the surface, and gold is found in the lower layers; having made it's way there because of it's density. I was therefore amazed, delighted, and not a little excited, when this first pan revealed 50 odd tiny flakes of gold!

Upon finishing the pan, doing the final swirling to reveal gold, I noticed a couple of flakes actually floating on the surface. The stuff looks plentiful in the pan, but the flakes are ultra thin, like that gold leaf in those sickly expensive liqueurs that wankers drink. Two more pans after this I'd got down to elbow depth scooping gravel from the hole. No sign of black sand, bedrock or more substantial gold. My back was also giving me gip, so the prospect of more digging caused my enthusiasm to dampen. Packing the gold panning in as an experience not likely to significantly enrich the expedition, we drove back to the pub.

When we returned, dusk was quickly falling. We hadn't collected any firewood. We had only two cans of coke, and nothing edible. I retired into my tent, to undergo an  unpleasant night. Things were fine to start with. I was drunk. I just lay on my blue mat, with my light jacket on. I'd forgotten to pack my sleeping bag before we left Melbourne. I had my extra clothing in a plastic bag, which was a comfortable pillow. The Bark Tree boozer had been good.

A couple of hours later, the threat of hypothermia had me wearing a pair of underpants on my head, socks on my hands, and the blue mat wrapped around my torso. All spare clothes being worn, the continuing drop in temperature took my mind off my pillowless stiff-neck, it was fucking freezing!

Having had no sleep, the moment when I realised the tent was getting lighter was memorable. The sun would appear soon, so I unzipped the tent. A wall of cold. Getting out into the moonlit dawn, I saw the Shoalhaven steam - 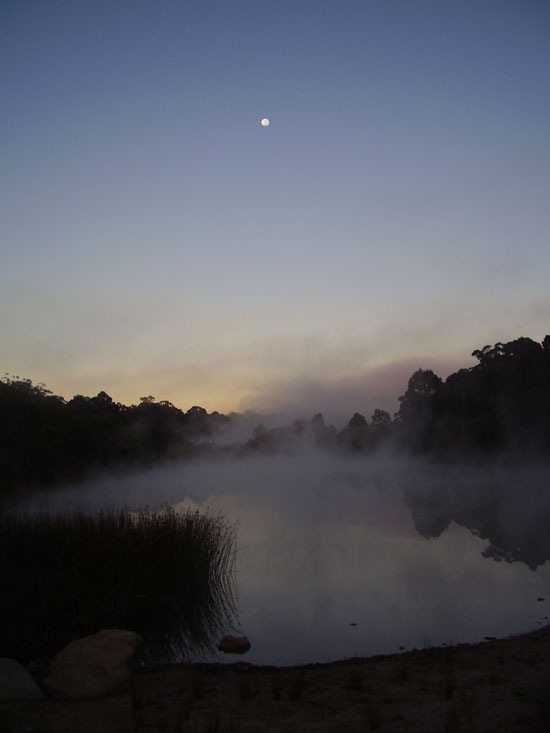 Only when I was thawing-out, an hour later in Les' car, with me hands hogging the hot-air vents, did I realise that I'd severely overestimated my enthusiasm for gold panning. We left for the seaside - Kiama, to enjoy burgers, boozers and blowholes. 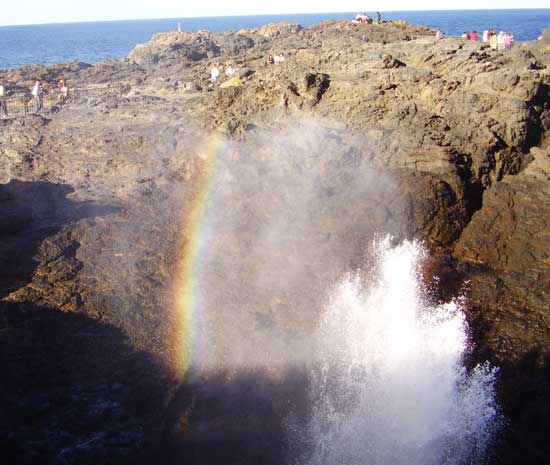 Transferring the minuscule amount of gold I'd found, into a plastic phial was unsuccessful. Most of the gold actually blew away. A few flakes remain, here's a 23 second video - be prepared to be severely underwhelmed - 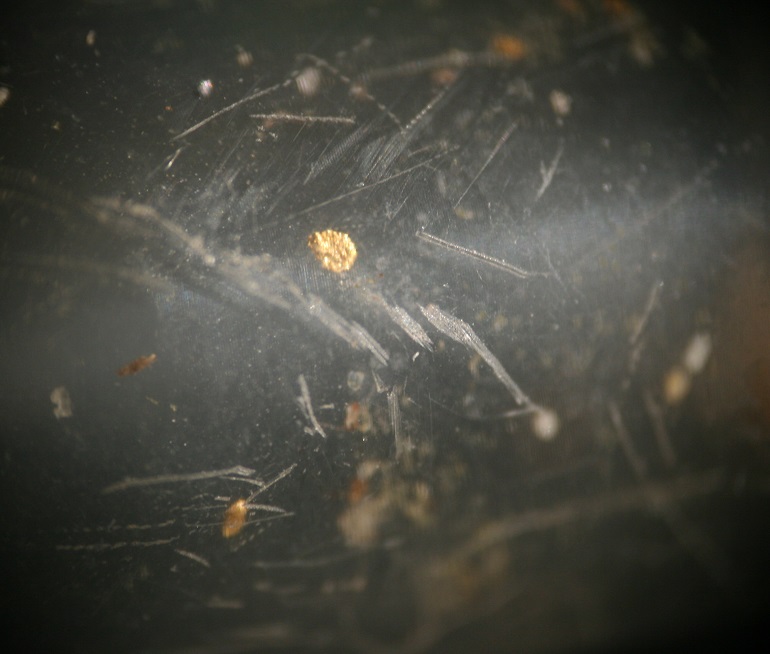 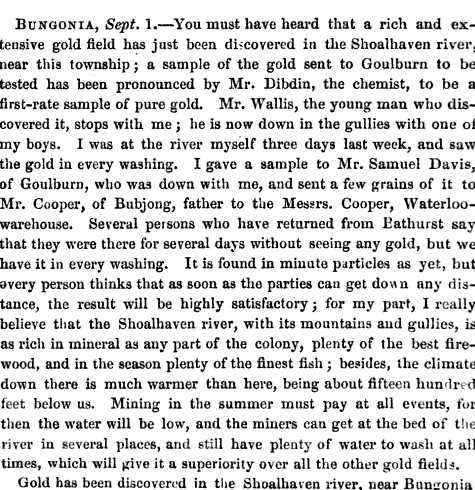 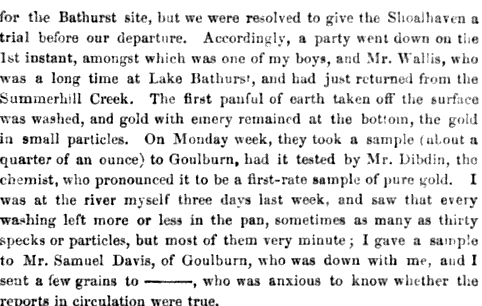 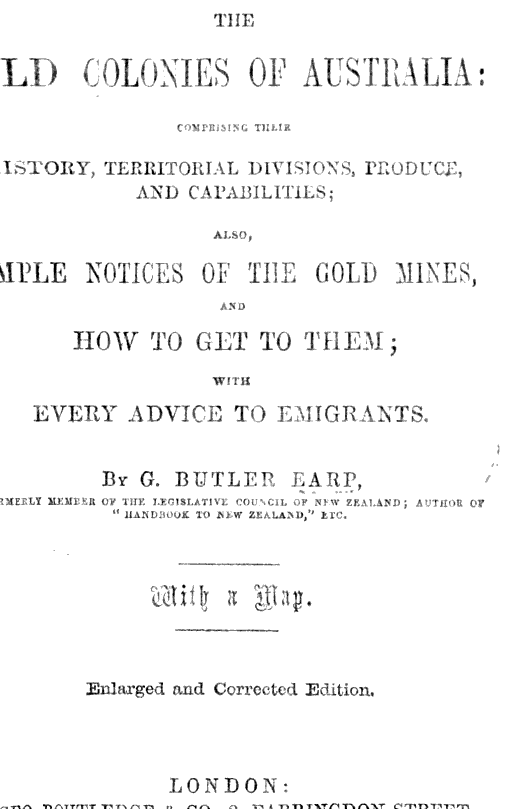 This from the Feb 2007 publication, by the NSW Dept. of Primary Industries, Nerriga Gold Deposits -

Shoalhaven River and Terraces
Production of alluvial gold between 1878-1901 for the Nerriga Division, per Registrars returns, was 14177 ozs. However, gold has been won from the Shoalhaven since 1851, and therefore actual production was undoubtedly considerably higher.

Activity in the early days centred on cradling the gravels and drifts in the bed of the Shoalhaven near Nerriga, Oallen Crossing and in general below the confluence with the Mongarlowe River. These gravels appear to have been the mainstay of the gold mining throughout the chief working period. During the late 1960s, a small gravel pump worked on active gravel beds at Oallen Crossing, and produced about 15g (0.5oz)/hour (recovering approximately 3g (2dwts)/cubic metre). Shafts sunk in 1885 on alluvial flats in the Oallen Crossing area yielded prospects going 10-37g/m3 over their depths (40 shafts revealing gravel depths of 7.5 to 14 metres). In 1890 shafts in the same locality yielded prospects up to 15g/m3 from 12 metres depth. Higher level gravels worked here in 1904 yielded an average of 6g/m3 from 500m3 .

The high level Tertiary gravels in the Oallen-Nerriga area were recognised to be highly auriferous in parts, however their elevation above the Shoalhaven (30-120 metres) and the difficulty in race construction from other permanent streams precluded working in all but a few places. In all, there appears to be thousands of acres of Tertiary sands and gravels remaining in the area. The gold won from the Shoalhaven gravels appears to have been chiefly very fine, although nuggets up to 7.5kg (240oz) were reported from near Nerriga. 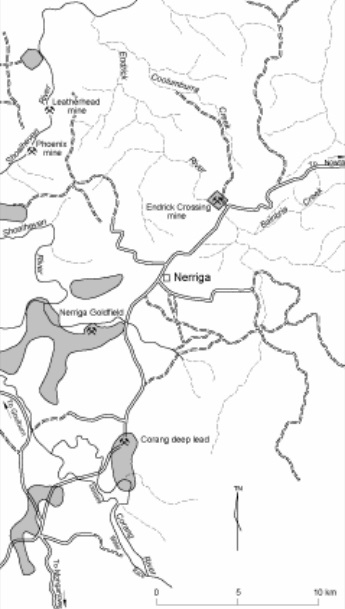 Joseph Swan in his home laboratory at Low Fell, Gateshead

WARNING - Many subjects outlined within this site are extremely dangerous and are provided here for information only. Please don`t experiment with high voltages or chemicals unless you are fully conversant with safe laboratory practices. No liability will be accepted for death, injury or damage arising from experimentation using any information or materials supplied.
Posted by Unknown at 20:49