In 1839 a cutting was been made for an early railway line at Ferryhill, a few miles from where I live. The workmen uncovered an unusual fossil fish in the Permian marl slate. The fossil was sent to the world expert on fossil fish (and scientific racist), Louis Agassiz. He realised that it was very different than other fish, and named it Coelacanthus.

The coelacanth is the best known Lazarus taxon (that is, a species, or other taxonomic grouping, thought to have become extinct and only known from fossils, being discovered alive, or in much later fossil beds).

Coelacanths were thought to have died out 66 million years ago. Then in 1938 one was identified from a catch off East Africa. Below, museum worker Marjorie Courtenay-Latimer with her amazing find. 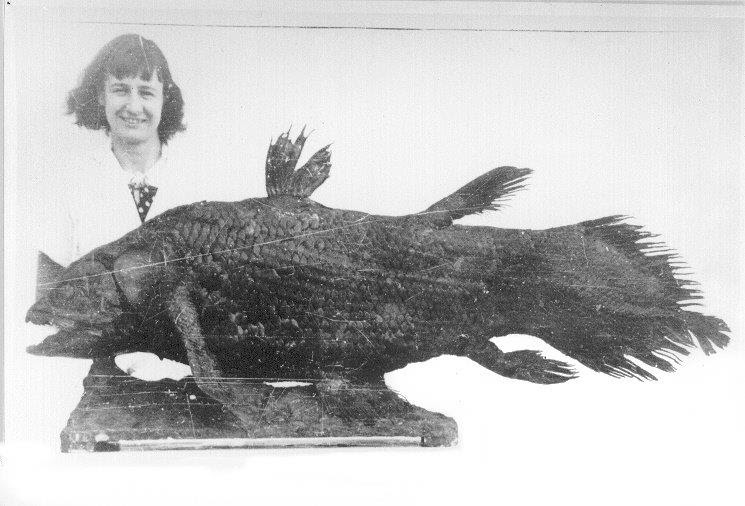 Below there's a video of the live animals. As you can see, the fish appear to be a little slow (with not a glimmer of fishy intelligence observable, even compared to a battered cod), probably due to the fact that 98.5% of the volume inside their crania consists of fat. 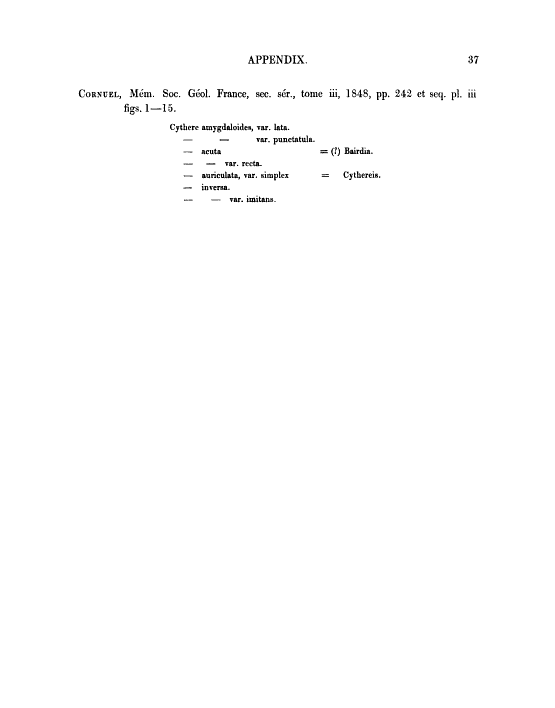 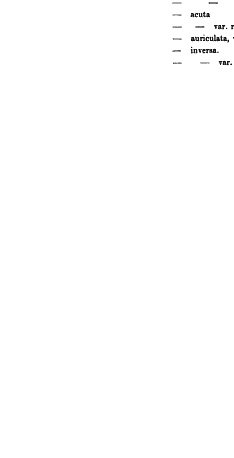 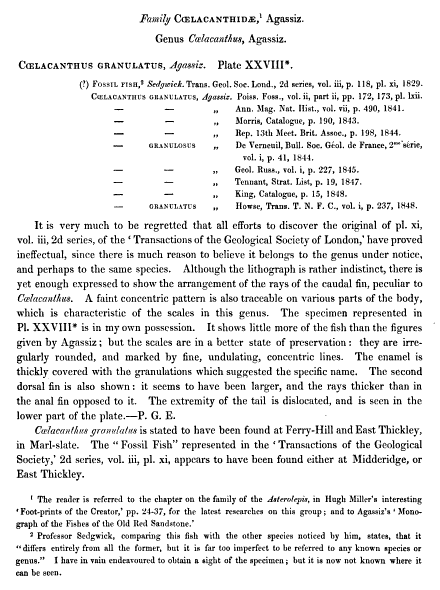 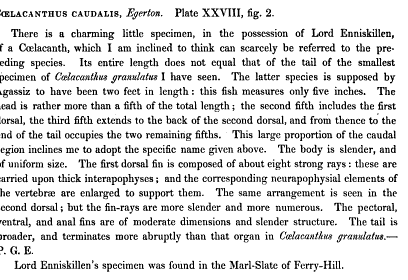 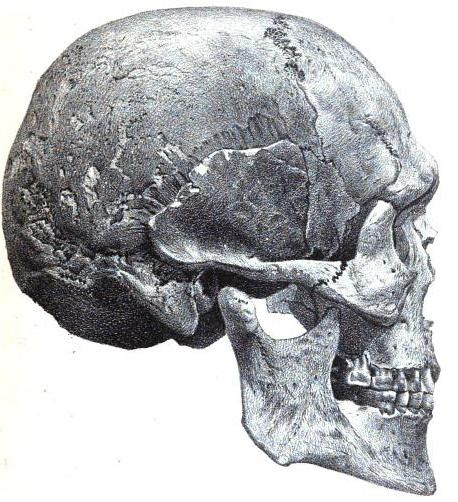