During the early years of anaesthesia, dentists made their own nitrous oxide. It was made by heating ammonium nitrate. In 1866 the dentist George Barker of Pennsylvania's nitrous production rig detonated. This rather unfortunate explosion was solely caused by Barker replacing the glass retort, shown below, with one made of copper. He recounts the incident in his book, Instructions in the Preparation, Administration, and Properties of Nitrous Oxide, 1870 - 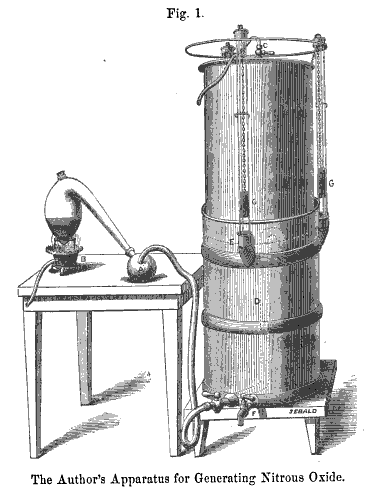 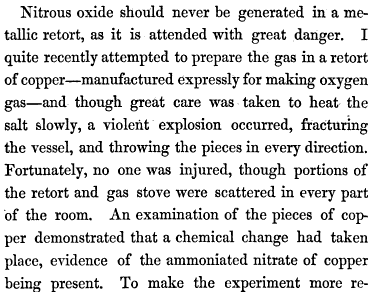 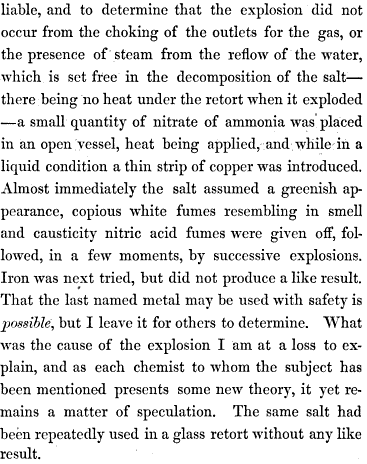 Heating up ammonium nitrate until it melts and starts decomposing is not a really good idea. The detonation of 2200 tons of the stuff caused America's worst industrial accident, the Texas City disaster in 1947. However, it's a difficult energetic chemical to detonate, and the dentists and purveyors of laughing gas of the 1800s generally got away with their small scale production.

But what dentist Barker did, replacing the glass retort with a copper one, allowed the formation of an easily detonating chemical - the  impact, friction and heat sensitive explosive TACN, or Tetraammine Copper Nitrate, Cu(NH3)4(NO3)2. This stuff is a beautiful purple colour, and can form on copper or brass in moist air containing ammonia - 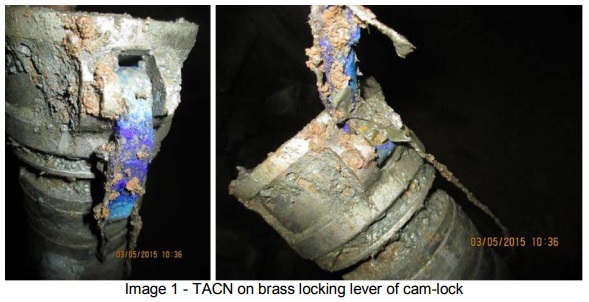 The above photo is from a safety bulletin by the Chief Inspector of Mines, Exposure of copper or copper alloys to ammonium nitrate – TACN formation, here.

During WW2, amatol was the preferred military explosive for bombs. It's a mixture of ammonium nitrate and TNT. Arms manufacturers were perplexed by the prohibition of the use of copper in any process around ammonium nitrate. They wanted to use copper kettles to melt and pour amatol into shell cases -

The Picatinny Arsenal were commissioned to investigate, with the conclusion that it would be unwise for the lady above to use a copper bucket. The formation of tetraammine copper nitrate in air is surprisingly easy (and pretty to observe) as outlined in the excerpts below, from the full report - Study Properties of Tetramino Cupric Nitrate here. 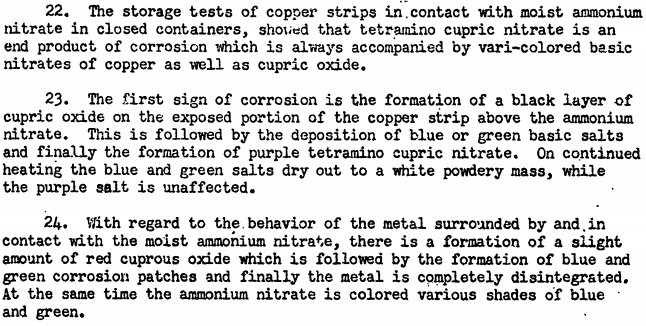 In a more modern report, Tetraamminecopper(II) Nitrate and Its Effects on Ammonium Nitrate(V) here, the formation of TACN by the reaction of copper with molten ammonium nitrate is demonstrated by powder diffraction. Interestingly, the friction tests on TACN didn't go bang, "The typical reaction of TACN to friction is just a change in colour from blue to brown."

As a postscript to this analysis of dentist Barker's nitrous equipment destruction, I'd like to introduce exploding minerals to you. I have been a member of Mindat since 2010. My first post on the forum was "Explosive Minerals," see here. Having perused that discussion, take this next bit tongue in cheek - 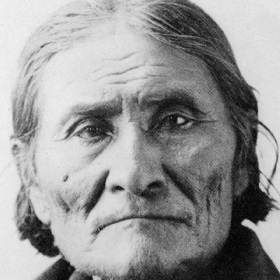 When Geronimo surrendered to Lt. Charles Bare Gatewood in 1886, he gave details about what he knew of the Guadalupe Mountains in Culberson County, Texas. He revealed that an ancient silver and copper mine, abandoned in 1768 by the Spanish, had been used as a refuge by Chiricahua Apache raiding parties. It was known as the Murciélago Cobre mine.

The location of the mine was not found until  April 2017. Mineralogist Ivor Stumpwood was prospecting the Guadalupe canyons and at dusk noticed clouds of bats emerging from high up on the side of an arroyo. He investigated the area the next day, finding the lost mine. The Spanish had apparently only been mining for silver, as Stumpwood found large amounts of lumps of discarded arborescent and crystalline native copper in the spoil heaps. 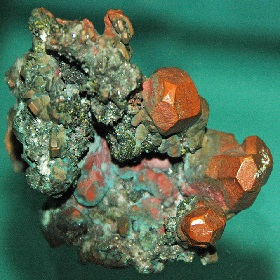 Stumpwood entered the partially collapsed adit to the Murciélago Cobre mine, but with great difficulty because of choking ammonia gas. It was a classic bat cave, the walls of the mine covered in tens of thousands of Tadarida brasiliensis, the Brazilian free-tailed bat, also known as the guano bat. The floor of the mine was a moving carpet of Dermestes carnivora beetles crawling over the deep bat guano. 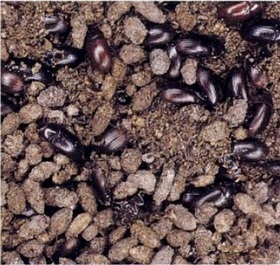 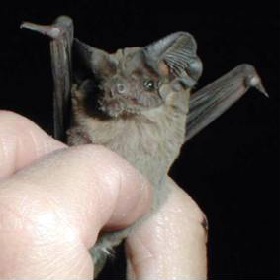 But what urged Stumpwood further into the mine, in spite of the biting beetles, bat shit and noxious gas, was the mineralisation. The native copper outcrops had become highly altered over the 250 years of exposure to the waste products of Tadarida brasiliensis bats. The ammonium nitrate in bat urine had reacted with the copper to form beautiful blue and green crystalline encrustations of copper nitrates. These aureoles of secondaries surrounded the final alteration mineral, named tacnite by Stumpwood as soon as he saw it. The purple prismatic crystals of tetraammine copper nitrate were as stunningly beautiful as they were dangerous. Formed on the native copper by the ammoniacal atmosphere and copper nitrates, TACN is a high explosive which is sensitive to friction, impact and heat.

Ivor Stumpwood never emerged from the Murciélago Cobre mine. He may have successfully collected a sample of tacnite with his Estwing hammer, and managed a test, finding the purple mineral's streak was brown, only to be overcome by the ammonia, to fall onto the carnivorous carpet beetles and eaten alive. Or, with his first tentative strike of the hammer, he could have been blown to smithereens. We'll never know, as this account is of course entirely fictional.... 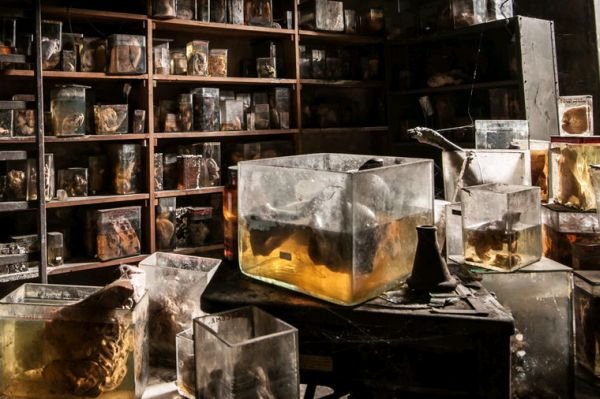 WARNING - Many subjects outlined within this site are extremely dangerous and are provided here for information only. Please don`t experiment with high voltages or chemicals unless you are fully conversant with safe laboratory practices. No liability will be accepted for death, injury or damage arising from experimentation using any information or materials supplied.
Posted by Unknown at 15:47