Given the present interest being shown by small countries in having space capability, it is incredible that the United Kingdom chose to axe our own launch system in 1971. The totally successful launch of the all-British Prospero satellite and Black Arrow rocket heralded the crest of a slump. We started using American hardware after launching the lipstick, below. 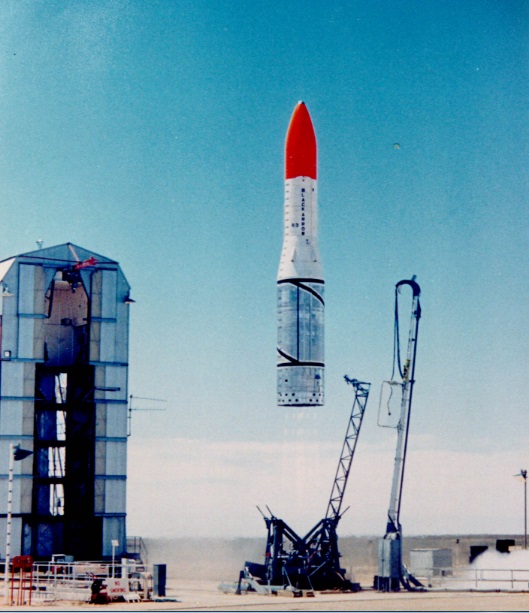 "They asked me how I knew, it was esso-blue. I of course replied, with lower grades you buy, smoke gets in your eye."

The first stage crashed into Australia, where it still remains - 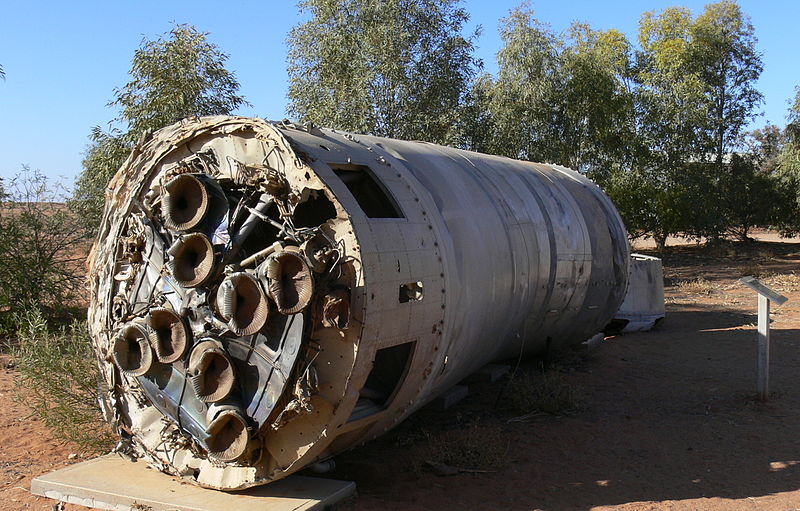 The Prospero satellite, being tested below, is still orbiting the Earth every 103 minutes. 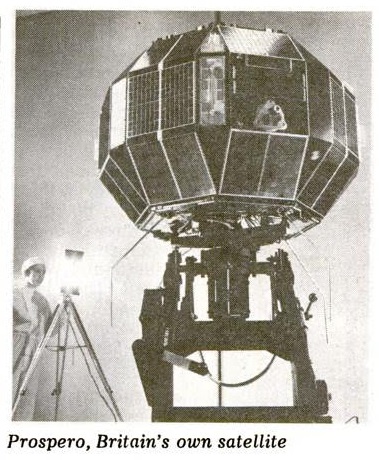 High voltage laboratory at the U.S. National Bureau of Standards, Washington DC, USA, in 1948. The caption of the image in the source is: "A special 6-story laboratory at the Bureau houses a 1,400,000 volt x-ray generator (rear) and a 1,050,000 volt cascade transformer (foreground). The latter is used for testing and calibrating commercial power equipment as well as for producing simulated lightning, used in investigating protective measures in installations and aircraft." The cascade transformer is shown in operation, producing a long electric spark. The luminous glow visible on the wires carrying the high voltage is called corona discharge, and is caused by electricity leaking into the air. The cascade transformer in the black column (right) that generates the high voltage consists of several transformers connected in cascade, with each successive transformer at the secondary potential of the previous one, so no single transformer winding will have to withstand the full output voltage.

WARNING - Many subjects outlined within this site are extremely dangerous and are provided here for information only. Please don`t experiment with high voltages or chemicals unless you are fully conversant with safe laboratory practices. No liability will be accepted for death, injury or damage arising from experimentation using any information or materials supplied.
Posted by Unknown at 13:25