Jem Mace, in his time "The Most Scientific Pugilist Alive" 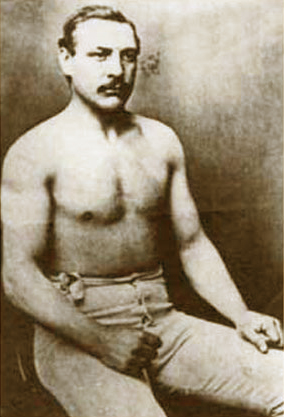 "Jem Mace was the first pugilist to study out the scientific side of boxing.
It is to him that we owe the changes which have elevated the sport"
Jim Corbett, first World Heavyweight Champion under the Queensberry Rules. 1910

In 1851 he was trying to scrape a living out of busking. An excellent musician, one day he was outside a Great Yarmouth boozer playing his prized violin (a gift he'd used since his tenth birthday). Three thugs decided to give him hassle, and smashed the fiddle. Jem, although considerably smaller than his aggressors, beat them up in short order. Without his musical instrument he was unable to work and, encouraged by his easy demolition of the "men", turned to illegal bare knuckle prize fighting to earn a living.

"Mace was the very ideal of what a fighter should be. No other man has ever combined such excellences. A wonderful specimen of the ambidextrous boxer who could 'change legs' and use either hand with equal rapidity, a most tremendous hitter and a judge of time and distance whose superior it would be impossible to find".
Henry Sampson, journalist who documented the transition from the prize ring to Queensberry Rules. 1878

Variously described as "The Father of Modern Boxing" and "The Last Bare-Knuckle Heavyweight Champion of the World", Jem Mace was 5 ft 9.3 in tall, a middleweight, and was able to clinically dispatch all-comers, no matter their size.

"Nothing will shake my conviction that Mace was the cleverest man of any weight that ever fought in a ring, either with gloves or bare knuckles. He was the greatest exponent of the gospel of the straight left and a supreme artist and master of his craft"
Bernard John Angle, famous boxing referee. 1925

He developed a scientific outlook to pugalism, involving a dancing style, clever defensive tactics and very hard, accurate punching. Like Ali. Oddly Mike Tyson, not known for dancing or defence (other than his “Peekaboo” guard), is a great fan of Mace. Jem mastered the feint, the straight left, and the analysis of other fighters' styles. He embraced physical preparation for a fight. Supremely fit, he could easily run two minute half miles. Quick reactions were honed through fencing.

"He was a scientific boxer endowed with a marvellous knowledge of ring craft. He may indeed be compared with any of the great champions who were his predecessors and he has never been surpassed".
Fred Henning, prize ring commentator. 1899

By all accounts a complex man, he was a womaniser (married three times, twice bigamously, had teenage mistresses, and fathered at least fourteen children by five women), a showman, publican and racehorse owner. Being persecuted by the English police because of his illegal fisticuffs, Mace travelled widely, twice to America, also to Australia, New Zealand and South Africa. Always fighting. His last pro fight was at age 58 and he continued with exhibition bouts into his late 70s.

An idea of the brutality of fisticuffs in Victorian times can be gleaned from this 1861 article from the Times, concerning Mace becoming the Champion of England by defeating Sam Hurst 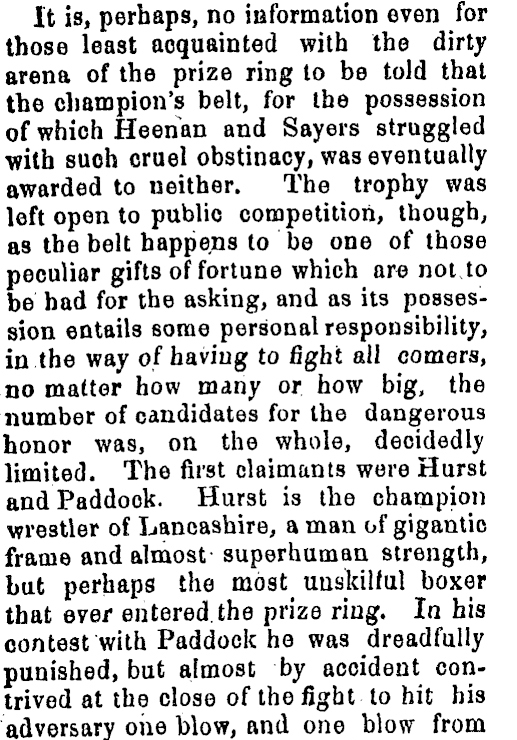 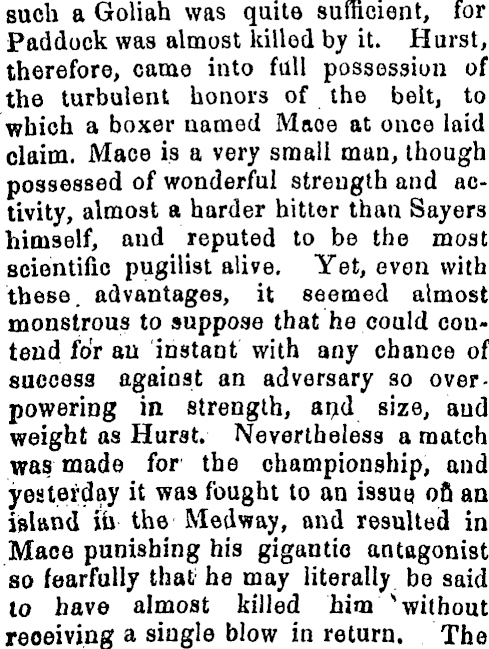 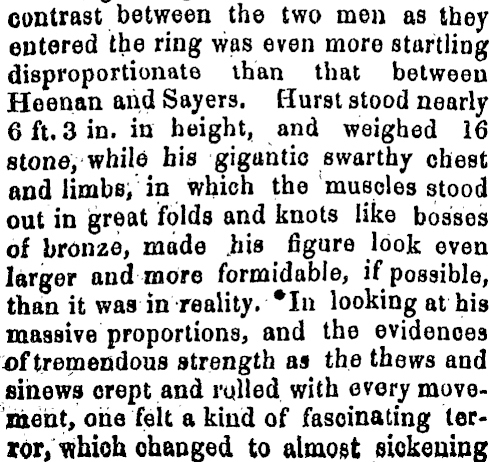 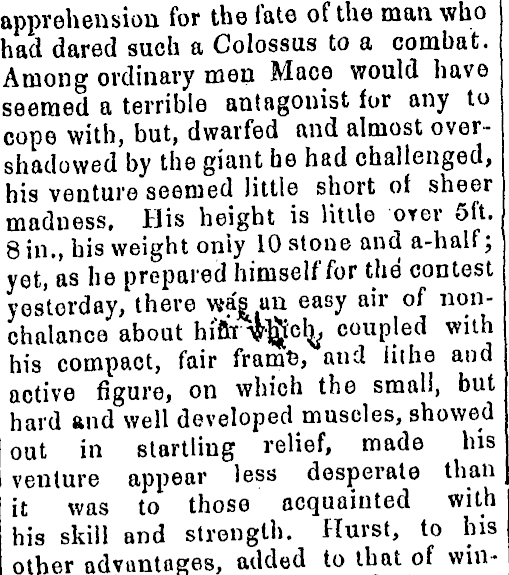 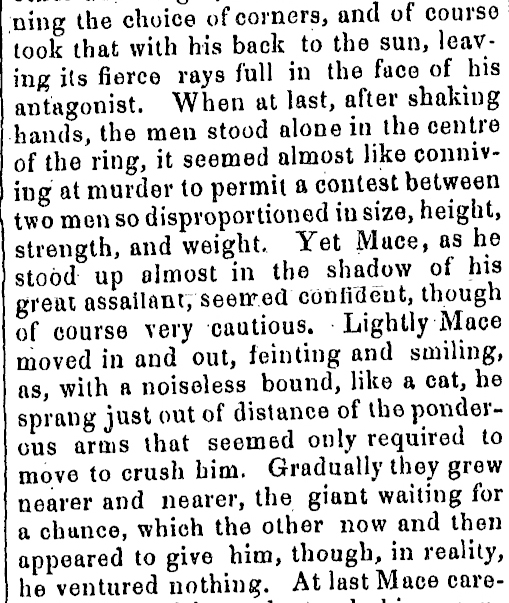 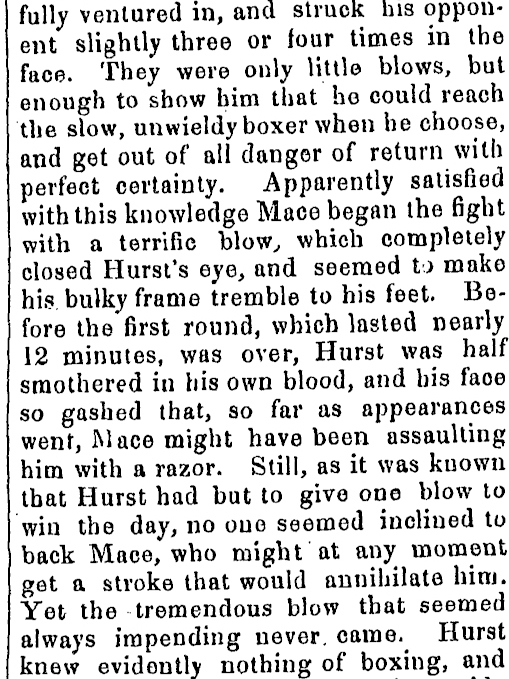 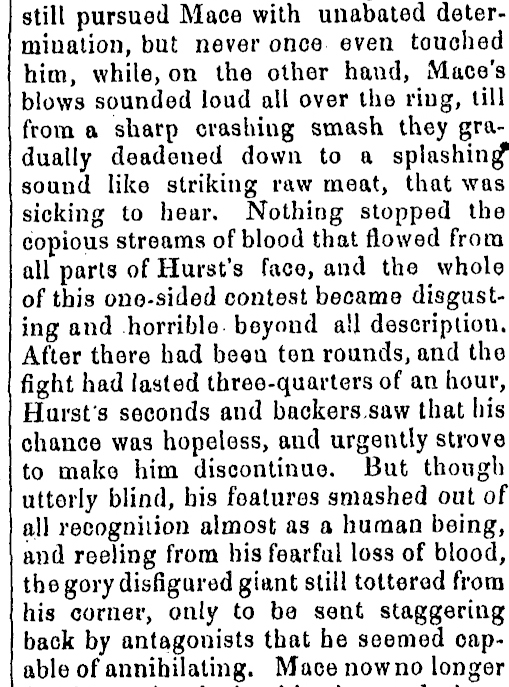 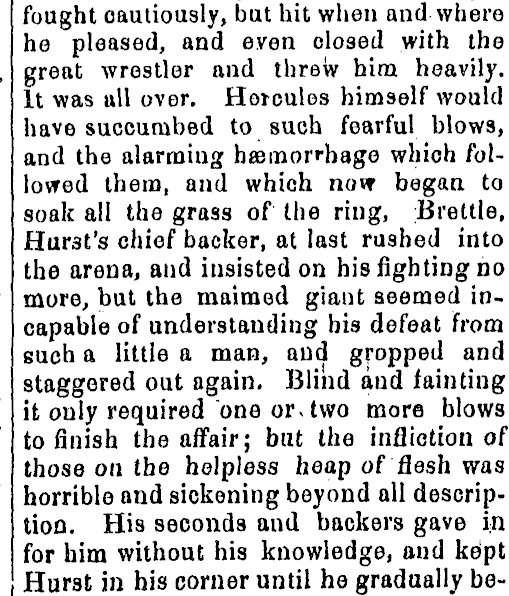 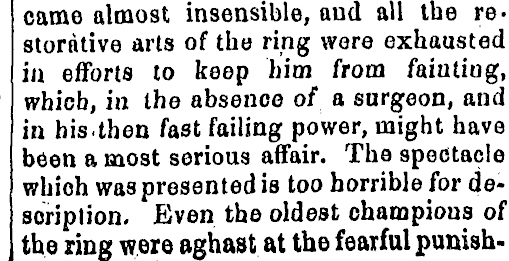 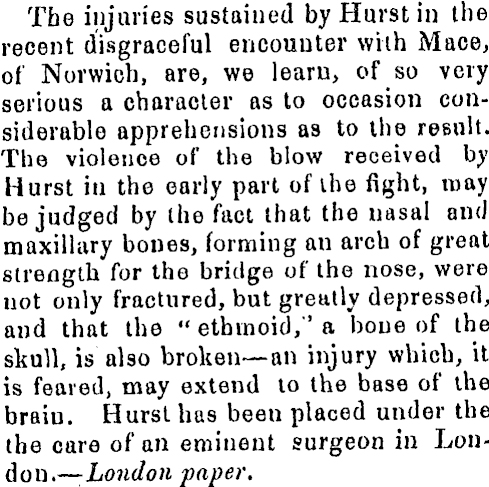 "Jem Mace was the first man who showed American fighters the advantages of feinting and footwork. You can readily see what a fighter today would amount to without these essentials!"
Philadelphia Jack O'Brien, future Champion of the World. 1902
O'Brien came to England to train under 70 year old Mace at his pub.

An excellent couple of chapters on Jem Mace in the book Fights for the championship : the men and their times by FWJ Henning, 1902 here 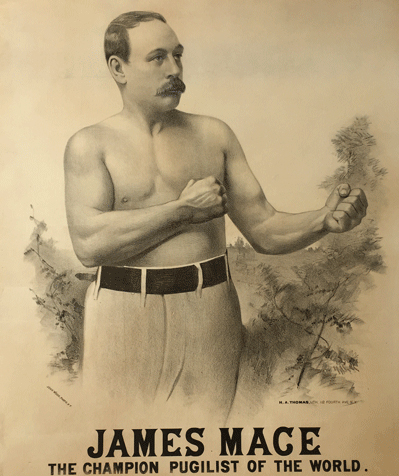 WARNING - Many subjects outlined within this site are extremely dangerous and are provided here for information only. Please don`t experiment with high voltages or chemicals unless you are fully conversant with safe laboratory practices. No liability will be accepted for death, injury or damage arising from experimentation using any information or materials supplied.
Posted by Unknown at 16:09