Modern toy caps, above, contain a trivial amount of armstrong's mixture. Just enough to produce a bit of a bang from a toy gun, but not enough to set off adjacent caps. They are completely safe to use and store.

During the eighteen hundreds, however, caps were of a more substantial nature. Below is an illustration of the aftermath of the explosion of several million caps at Rue Béranger, on May 14, 1878. 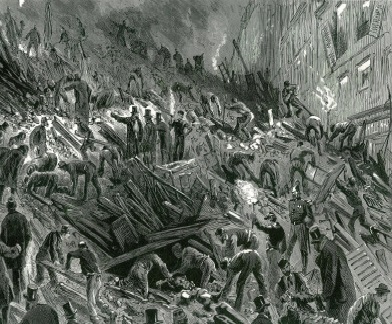 "Experience has in fact shown that the explosion of one single strong fulminating capsule is sufficient to cause the explosion of all the capsules placed in the same case. If the case itself explodes, all the adjoining cases will also explode.

It is on account of analogous phenomena that the small fulminating caps (amorces), used as children's playthings, have only too often given rise to serious accidents.

At Vanves, near Paris, a child was amusing itself by letting off one of these amorces between the blades of a pair of scissors, when two packets of six hundred amorces that were lying on the table exploded at the same moment. The child was killed, the chair shattered, and the flooring staved in.

The explosion which occurred in Paris, in the Rue Béranger, on May 14, 1878, may also be mentioned, in a store containing amorces intended for children's toys. These amorces were composed as follows: "One kind, called single, of a mixture of potassium chlorate (12 parts), amorphous phosphorus (6 parts), lead oxide (12 parts), and resin (1 part); the others, called double, consisted of a mixture of potassium chlorate (9 parts), amorphous phosphorus (1 part), antimony sulphide (1 part), flowers of sulphur (0.25 part), and nitre (0.25 part). The latter, more sensitive to friction, averaged 0.01 grm. in weight. From six to eight millions of these amorces pasted on paper slips, in lots of five each, were piled up in the warehouse in boxes. A few of these having become ignited by an accident, the origin of which was never clearly ascertained, caused the whole to explode. One building suddenly gave way, the facade being blown out, and the stonework hurled some distance. One stone, measuring a cubic metre, was thrown to a distance of fifty-two metres. A great part of the adjoining building was also destroyed, fourteen persons were killed on the spot, and sixteen received injuries.

These terrible effects are explained when we consider that the weight of the entire explosive matter contained in the amorces amounted to about 64 kgms., and that its force, owing to the composition of this matter, was equal to a force of 226 kgms. of black powder." 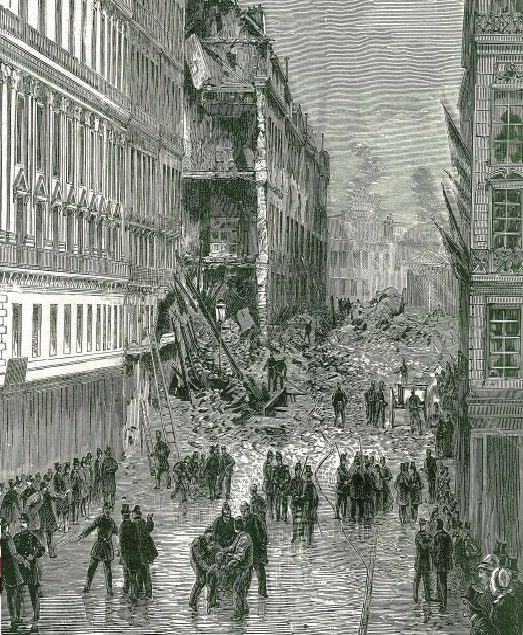 "On the 14th of May, 1878, occurred a disastrous explosion of toy-caps, or "amorces," as they are technically called. The scene of this explosion was No. 22, Rue Béranger, Paris, which house was occupied by a M. Matthieu, manager of the toy-cap business of M. Blanchon. This was a serious affair, illustrating in a remarkable manner the danger of an excessive accumulation of explosives which singly, or in small quantities, are perfectly harmless.

The following photograph was forwarded to the Foreign Office by the French Government, who appointed six experts to inquire into the explosion. The building itself, as one may see, was entirely destroyed, and the effects extended to the adjoining house (No. 20). Astonishing to relate, fourteen persons were killed, and sixteen more or less seriously injured. There were two distinct explosions—one in M. Matthieu's shop, and the other in an outhouse at the back.

So dreadful were the effects, that the authorities suspected that some far more deadly explosive must have been secretly manufactured and stored—picrate of potash, perhaps, or dynamite. " Toy-caps, such as children play with, would never have done all this," said the police, as they carried the dead and injured from the ruins. Hence the inquiry and the six experts. But it was conclusively proved that it was the caps that did it, and nothing else. You see, there were 20,772,000 of them in stock, or a potential explosive force equal to 1,620lb. of gunpowder. For sixteen years had M. Blanchon carried on the manufacture, storage, and transport of these things without a single accident.

The cause of the explosion was more than a little obscure. The committee of experts commenced a series of interesting experiments. They set fire to 288,000 caps by means of a litre of petroleum, but they merely crackled for thirty-five minutes. Then a gunpowder cartridge was exploded in a packing-case full of the mysterious scraps of pink paper, but all to no purpose. Then percussion or detonation was tried, and that " touched the spot!" A well was dug ; blocks of oak embedded in stones and mortar were placed at the bottom, and on this floor no end of grosses of boxes of caps were deposited. The well was then shut down and earth heaped on top. A hole was left, however, and through this a weight was dropped. That did it. A tremendous explosion followed; the planks and earth were hurled here and there, and branches of trees in the vicinity torn off. From this it was inferred that something must have fallen on the caps and thus acted like the hammer of a toy pistol." 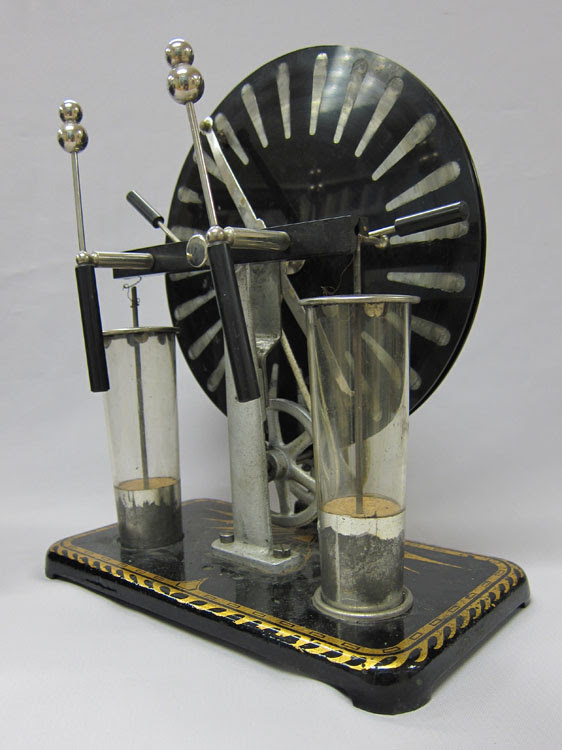