LOLA Simulator - A load of balls 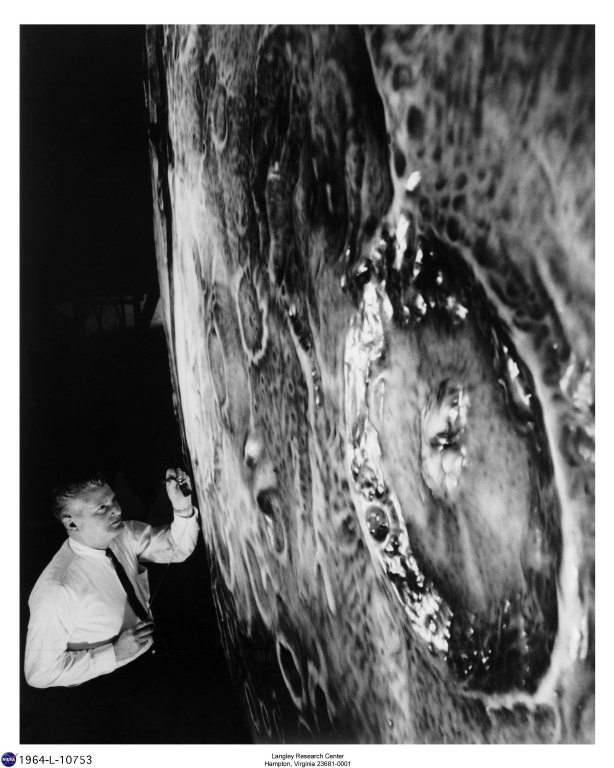 Artists used paintbrushes and airbrushes to recreate the lunar surface on each of the four models comprising the LOLA simulator. Project LOLA or Lunar Orbit and Landing Approach was a simulator built at Langley to study problems related to landing on the lunar surface. It was a complex project that cost nearly $2 million dollars. James Hansen wrote: "This simulator was designed to provide a pilot with a detailed visual encounter with the lunar surface; the machine consisted primarily of a cockpit, a closed-circuit TV system, and four large murals or scale models representing portions of the lunar surface as seen from various altitudes. The pilot in the cockpit moved along a track past these murals which would accustom him to the visual cues for controlling a spacecraft in the vicinity of the moon. Unfortunately, such a simulation--although great fun and quite aesthetic--was not helpful because flight in lunar orbit posed no special problems other than the rendezvous with the LEM, which the device did not simulate. Not long after the end of Apollo, the expensive machine was dismantled."

Model 1 is a 20-foot-diameter sphere mounted on a rotating base and is scaled 1 in. = 9 miles.
Models 2,3, and 4 are approximately 15x40 feet scaled sections of model 1.
Model 4 is a scaled-up section of the Crater Alphonsus and the scale is 1 in. = 200 feet.
All models are in full relief except the sphere. 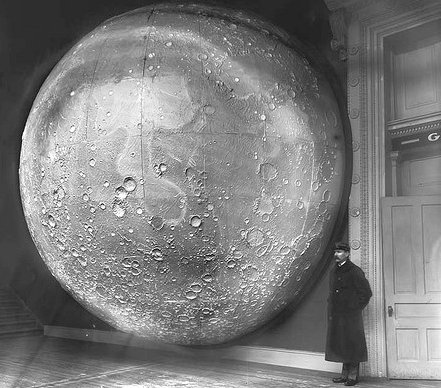 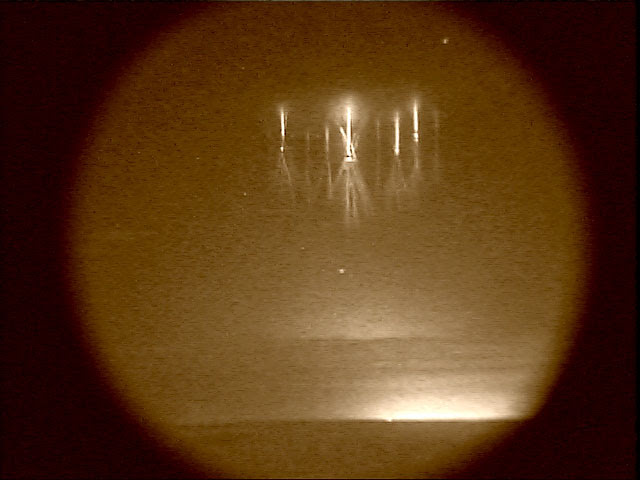