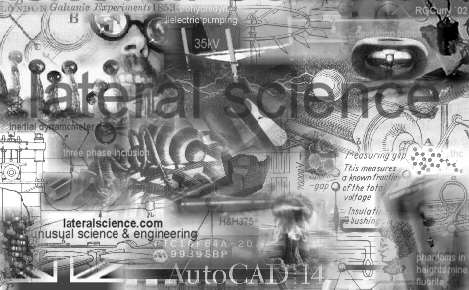 Victorian Production of One Ounce of Nitrogen Trichloride   A Discourse Relating to the Economical Production of the Most Dangerously Explosive Substance Known, Using Only Natural Minerals & Human Gastric Juice. The first chapter of  "The Ernest Glitch Chronicles" -

In Bed with Boyle - Clayton's Piezoluminescent Diamond, 1663
"...but if I did press hard upon it with my Finger, at the very instant that I drew it briskly off, it would disclose a very Vivid but exceeding short Liv'd Splendour, not to call it a little Coruscation."

The Young Man's Book of Amusement
This wonderful book was published in 1854 and within its 384 pages are Gems of Victorian Science. It`s unpromising, mildly suggestive title belies a veritable cornucopia of experiments

Teesdale Tornado - Coldberry Rope Out
A tornado was witnessed whilst investigating the magnetic nature of an outcrop of the Cleveland Dyke in upper Teesdale. Sunday 5th August 2012 - 4.46pm.

Galvanic Experiments on the Dead Body of a Criminal, Artificial Volcano, etc., etc.
Some excerpts from The Young Man's Book of Amusement, including "To Recover a Fly after being drowned several hours."

Accounts of the death of Professor Richmann in 1753, whilst studying atmospheric electricity

On the Phosphorescence of the Diamond, by P. Riess, 1845

The Lugworm - Arenicola marina - An Admiral Annelid for Anglers

High Explosive From Aussie Plants - 1858 to World War One

The Story of Dynamite

On the brain of the Negro, compared with that of the European and Orang-Outang

Instructions for the Discrimination of Minerals by Simple Chemical Experiments, 1841

1864 Catalogue of Minerals at the Museum of Practical Geology

1810 Discovery of a Mass of Native Iron & Luminescent, Poisonous Plant in Brasil

Preparation of Pure Tellurium. By Berzelius

Mr. Clarke excites his optic nerves with a generator

On the Evolution of Light During Crystallization

Thenard 1832, "Animals when allowed to breathe the pure gas fall down as if struck with a bullet"

A Couple of Electrical Machines

Chemistry and Physics of Energetic Materials

Molten Lead in the Mouth - Trickery, Not Leidenfrost Effect

Optical Properties of the Iodide of Mercury - Thermochromism

Detection of Gold in Sea Water

1812 - Phillips on the cuprite from the Muttrell Load at Wheal Gorland, Cornwall

It's Alive! Mr. Crosse's Acari
In 1836, Mr. Andrew Crosse was conducting his electrocrystallisation experiments when he saw something moving. Soon his apparatus was crawling with "Acarus Crossii."

On the Artificial Formation of the Diamond. By J.B.Hannay

Quantum Levitation
A wafer of sapphire is coated with a 1µm layer of yttrium barium copper oxide and cooled in liquid nitrogen.

How Does the World Look to a Fly?

Artificial Crystallisation of Mineral Matters and Metals in the Moist Way, 1865

Execution & Resuscitation of a Murderer - Wonderful Effects of Galvanism

Minerals of the Auriferous Districts of Wicklow

The Thermoluminescence Spectrum of Fluorspar, 1905

The Fluorescence Spectrum of Fluorspar, 1905

On the Preparations of the Indian Hemp, or Gunjah. 1843

Alteration of the Human Voice by Hydrogen

Who Discovered Photography? A Victorian View

Experiments on the Preparation & Uses of Fulminating & Detonating Compounds

Pressing on the Brains of Hospital Patients

A Selection of Fluorescent Minerals

On a New Series of Chemical Reactions Produced by Light. Tyndall 1868

A Million Volts or Bust

Mercury Flames, Phosphine & Oxygen Explosions, Throwing Glass Bottles of Hydrogen & Chlorine into Sunlight, and other Incredibly Dangerous Experiments for the Young Chemist in the 1860's

Replacement of the Internal Structure of Wood by Pure Silver

Sorby's Illustrations of the Microscopical Structure of Crystals 1858

Proposal for Hydrogen Instead of Fossil Fuel 1863

The Transit of Venus

The Boltsburn Flats
The flats of the Boltsburn Mine, under Rookhope in the North Pennines, produced the best crystallised fluorite in Britain. Here are two accounts of the mineralisation, one from 1904, the other 1926


From Lateral Science website 2002 - 2012
Important. The website www.lateralscience.co.uk is no longer used. The following files are in the process of being transferred from the website to the blog. Therefore please be aware that if you click an article below, and it doesn't load, it hasn't been moved yet. You can wait...... or copy the non-working url and put it into the WayBackMachine at archive.org to see a copy.

Please Help Cancer Research
Cancer Research UK's work has saved thousands of lives, but there is still a long way to go. The research is entirely funded by the public, so please donate online today and help beat cancer.

Artificial Volcanism
"The earth will swell up and burst, and flames will issue out"

Martinus Van Marum "discovers" a light blue gas in 1785 with the help of Mr. Cuthbertson
Ozone liquifies as an explosive indigo-blue liquid & solidifies as violet crystals

Early Aluminium & Beryllium
"..some of us now present may yet live to eat with forks & spoons composed of aluminum....,
possibly while seated upon aluminum chairs.." 1854

Writing Under the Shell of an Egg
How can one be without this essential life-skill?

Gas of Lucifer, the Tiger of Chemistry... Fluorine
Fluorine is the most reactive element. It's isolation proved to be one of the most difficult problems in chemistry. Horrendously poisonous, devilishly corrosive, many 19th century chemists were killed or mauled by the tiger.

Alchemy: a Pseudo-Science
A monograph by Henry Smith Williams. "You forget, sir, I have been only five hundred years in your service."

Boxing day 1799. Humphry Davy Encloses his Head in a Box Full of Nitrous Oxide Gas.
"Nothing Exists But Thoughts!" A quote from Davy, off his head on 57 liters of nitrous oxide, in an attempt "to produce excitement equal in duration and superior in intensity to that occasioned by high intoxication from opium or alcohol."

Pyrotechnic Magic
Unbelievably dangerous magic tricks for the magician with a death wish, from 1948

A Miscellany of Mineralogical Articles
Some interesting articles from American Mineralogist.

THE DISCOVERY OF RADIUM by Marie Curie
"The result of our experiment proved that there were in reality new radioactive elements in pitchblende, but that their proportion did not reach even a millionth per cent!" - Marie Curie

Helix Chemica
The Periodic Spiral, a helical representation, drawn in 1937, illustrating the relationship of the elements.

"Tore off both legs from the unfortunate M. Hervy"
Unwise experiments with liquified gases

Leyden Jars & Leyden Batteries
"...was discharged through and upon various kinds of matter, its force was quite irresistible."
"....disappeared in a cloud of blue smoke, from which fell red-hot globules of tin."

The Footsteps of a Fly
Professor Hughes` flystep amplifier from 1877

"A large globe of bluish fire struck Professor Richman on the head, and he instantly expired"
Highly dangerous experimentation with lightning.

The Experiments of R.P. Williams 1888
".... the gas in the flask is the most poisonous known, and a single bubble of it inhaled is said to have killed the discoverer."

The Evolution of the Zip
fascinating fastening

Strutt`s Radium Clock
"This arrangement is perhaps the nearest approach yet made to perpetual motion."

Explosive Antimony
This allotrope of antimony, by its very nature, is of absolutely no use as a practical explosive

A Wimshurst Machine, Queen Elizabeth II, Prince Philip & The Bishop of Durham
The Queen may have required a change of underwear after an electrostatic demonstration during her Silver Jubilee in 1977

Hydrogen Metal
Hydrogen exists in a metallic state in the core of Jupiter. It has been momentarily created in the laboratory using this self destructing apparatus

Radon Collection
The collection of radon from radium salts is extremely perilous, because of the extreme radioactivity.

Spectacular Isolation of Metallic Potassium & Sodium by Davy, 1807
"...sometimes violently exploded and separated into smaller globules, which flew with great velocity through the air in a state of vivid combustion, producing a beautiful effect of continued jets of fire."

Doctor Diode
Dr. Diode, Practitioner of Experimental Exotica, Unleashes the Primal Energies of the Universe in a Series of Terrific Science Japes.

The Science of Pool
Investigations into the Physics, Psychology & Pharmacology of Pool

Edison Electrocutes Elephant
There's no doubt about it - this man was a nasty piece of work. WARNING! The video accompanying this page is highly disturbing.

Lateral Links
For your Perusal & Delectation, items of interest elsewhere on the web

If you've found perusing the contents of this blog interesting, please consider making a small donation to the above charity. (Reg. Charity No. 1089464)

Cancer Research UK is entirely funded by donations. The organisation is producing encouraging data and progressing our knowledge about this horrible disease. We need to understand cancer to beat it. It's just a question of funding experimental science.

Note - other than my encouraging folk to donate, with both the Lateral Science website (2002-2012) and this blog, I have no connection with Cancer Research UK. Roger Curry, Lateral Science


WARNING - Many subjects outlined within this site are extremely dangerous and are provided here for information only. Please don`t experiment with high voltages or chemicals unless you are fully conversant with safe laboratory practices. No liability will be accepted for death, injury or damage arising from experimentation using any information or materials supplied.
Posted by Unknown at 05:00