"..some of us now present may yet live to eat with forks & spoons composed of aluminum....,
possibly while seated upon aluminum chairs.." 1854

Aluminium was a precious metal in the olden days. It was worth more than gold and very few people had ever even seen it in the 1850's. Napoleon III had his table set with aluminium forks to astound foreign dignitaries. The King of Siam had a watch fob crafted from the metal. On the first birthday of the Prince Imperial of France, a minister of state bought him a unique aluminium rattle. The metal cost $545 a pound in 1852. Platinum and aluminium jewellery were identical in value. After the 100 ounce aluminium cap was cast for the Washington Monument in 1884, it was exhibited for a time in the window of a Fifth Avenue jeweller. At the 1855 Paris Exposition, an ingot of aluminium was displayed next to the crown jewels.

Then, independently in 1886, lone experimentalists American Charles Martin Hall and Frenchman Paul Heroult, electrolysed alumina dissolved in molten cryolite. Unaware of each others work, or even of each others existence, they both discovered a cheap method of obtaining aluminium metal. In the same year. They were both born in 1863, and both died in 1914...

There follows an excerpt from Mining Magazine 1854 which describes the up to date info about both aluminium & beryllium (aluminum & glucinum). 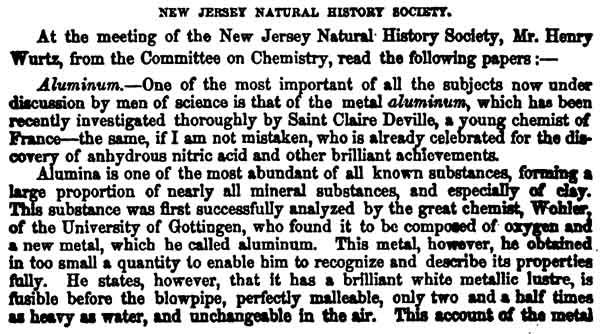 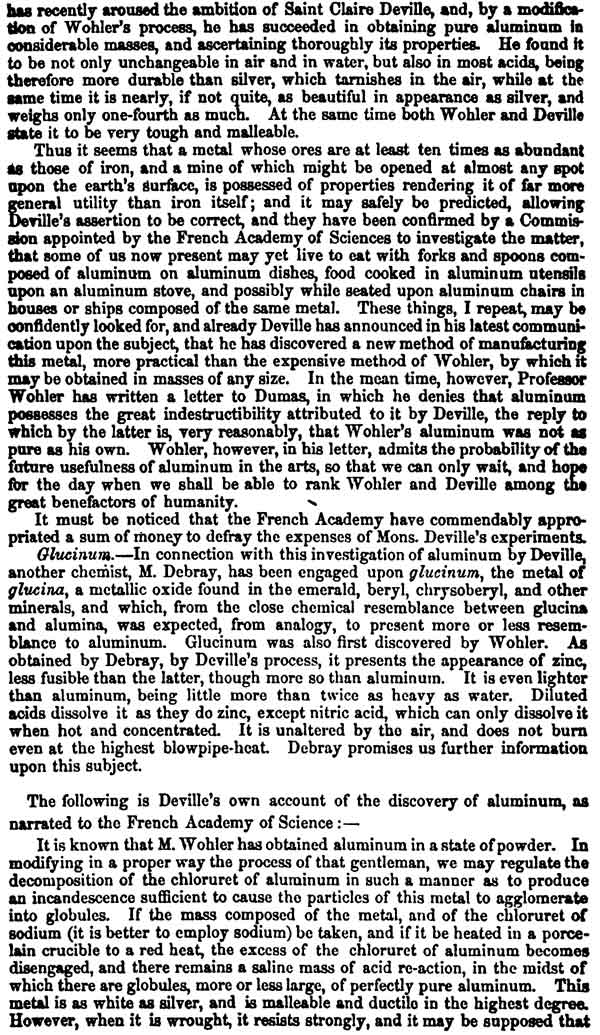 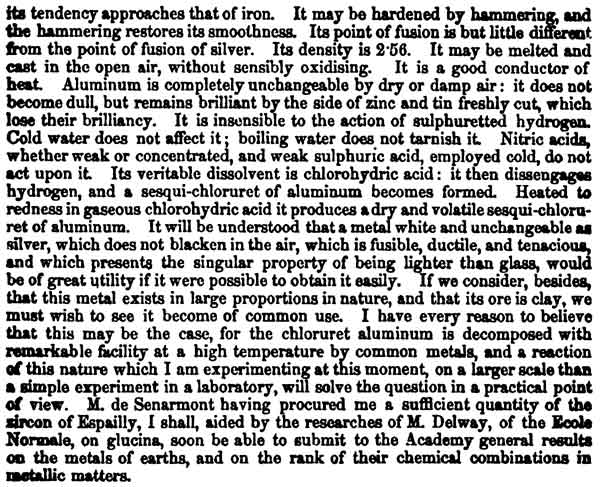