By JAMES BARR, M. D.
AS the subject of the mode of carrying out executions has recently engaged public attention, the present is perhaps an opportune time for discussing the question in its scientific and humane bearings, so that some more definite ideas may prevail as to the best method of hanging, and that the details may not be entirely left to the caprice of the executioner. When the law requires the death-sentence to be meted out at the end of a hempen rope, the dictates of humanity demand that all the details should be carried out in "decency and in order," and with a minimum amount of suffering to the culprit, and from this stand-point I shall treat the subject.
The mode of carrying out the sentence of the law, "be hanged by the neck until you are dead," has usually been left to the discretion of the hangman, the law taking no cognizance as to what is to be the proximate cause of death. Calcraft invariably adopted the short drop of about two feet and a half; and if I may judge from some specimens of his ropes, which are still to be seen at Kirkdale, death must have been produced by a slow process of asphyxia. Marwood adopted what is generally known as the long drop, of which he was supposed by many to be the originator, though it was used long before his time, both in Paris and in Ireland. 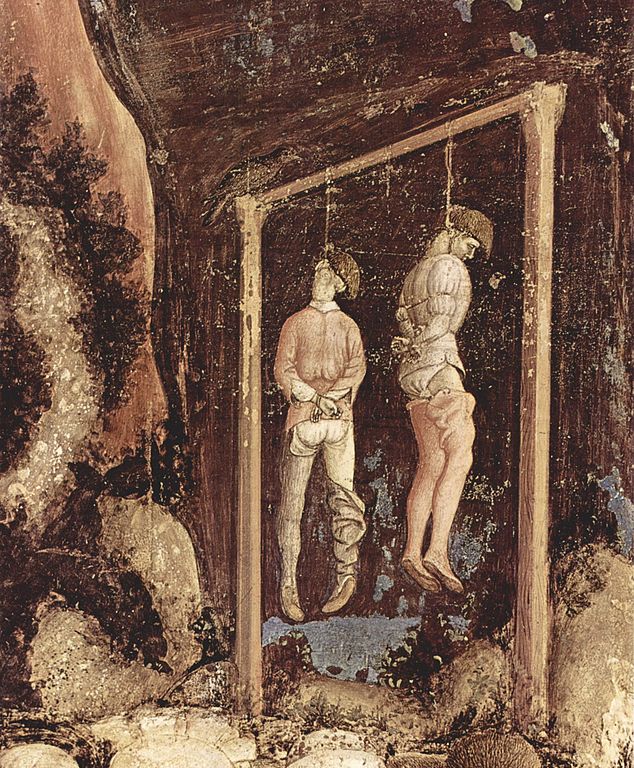 Detail from a painting by Pisanello, illustrating the short drop. 1436–1438

Tiberius Cornelius Winkler (1822-1897), paleontology curator of Teylers Museum from 1864-1897.
"Whiskers" Winkler was the first to translate the works of Charles Darwin into Dutch.