The Science of Pool 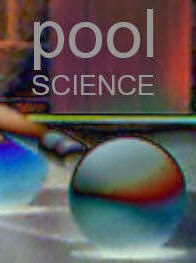 The Science of Pool
Investigations into the
Physics, Psychology & Pharmacology of Pool

Now an app is available for mobile phones, which does the same thing - Break Speed, website here

Great Balls of Fire
The precursors of pool, billiards and snooker, killed elephants in prodigious numbers. The balls were made of ivory. and the best balls were made from juvenile elephant's tusks, known as scrivelloes.  In 1863 Phelan & Collander, the New York billiards supplier, ran a newspaper ad offering $10,000 to anyone who could find an artificial alternative to ivory for billiard balls. Here's what Michael Phelan had to say in his 1859 book - John Hyatt, a printer from Albany, was in the habit of soaking his hands in a solution of nitrocellulose in alcohol. When the alcohol evaporated, his hands were protected from paper cuts by a thin, glove-like, flexible film of nitrocellulose. He'd seen the newspaper ad offering $10,000, and had been experimenting in his spare time to find an artificial ivory for balls.

One day Mr. Hyatt was soaking his hands, when he accidentally knocked over the bottle of nitrocellulose solution. He didn't clean up the mess and the next day the pool of spilled liquid had solidified. Finding that the solid was the same density as ivory, his ball making experiments now centred on nitrocellulose.

Successful results followed, he patented the process, and started manufacturing and distribution. Unfortunately his balls exploded. 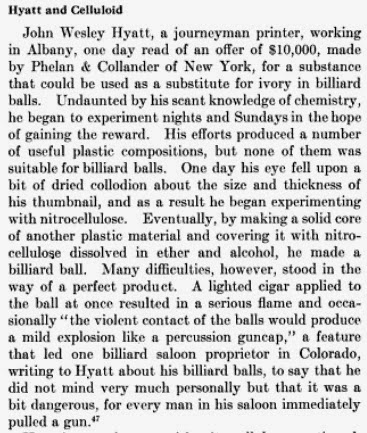 The physics of pool is excellently explained in an article by David G. Alciatore, The Amazing World of Billiards Physics 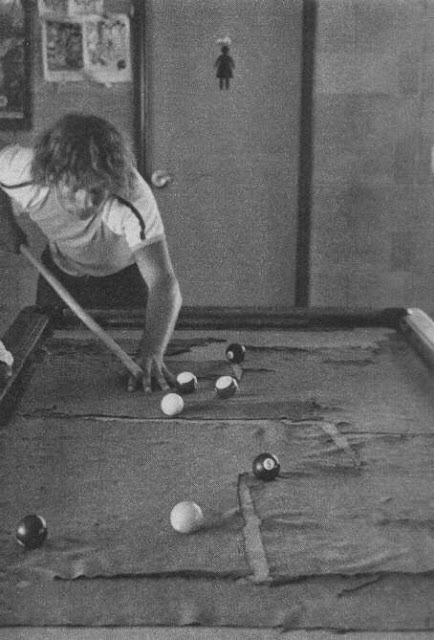 Importance of Concentration, Regardless of Distractions
Winnipeg Free Press photograph 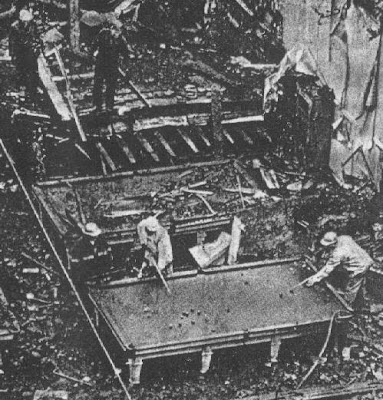 A Thinking Man's Game, Even in the Wild West
Drawing from the Illustrated Police News, 1887; Billiard Archives 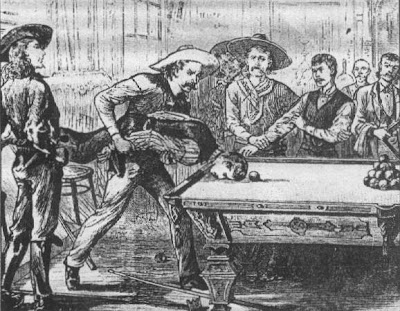 Alcohol & Pool
Do ten pints of lager inhibit or enhance skill & ability? Experimentation is progressing...
So, in the meanwhile, here's some more about balls -

A Load of Balls 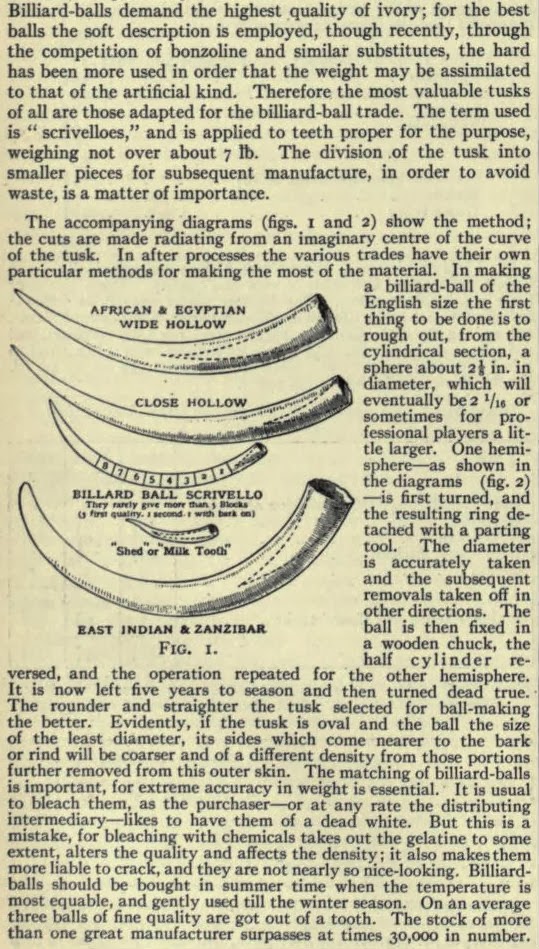 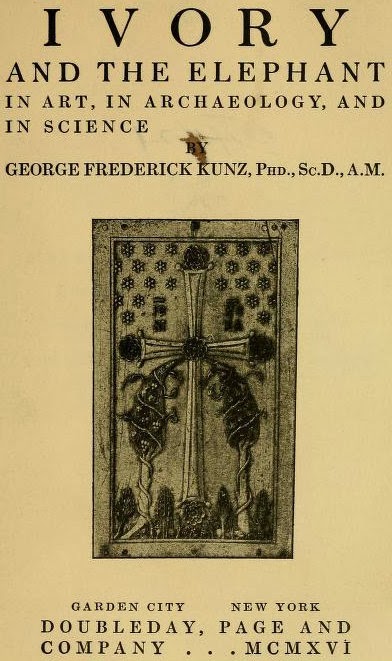 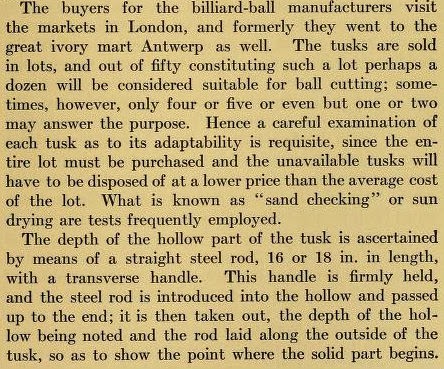 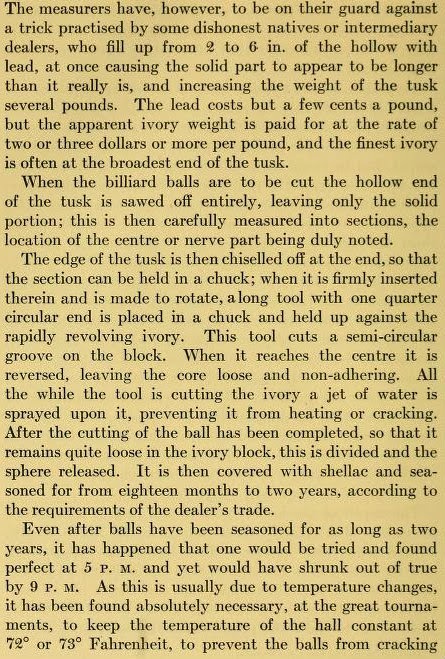 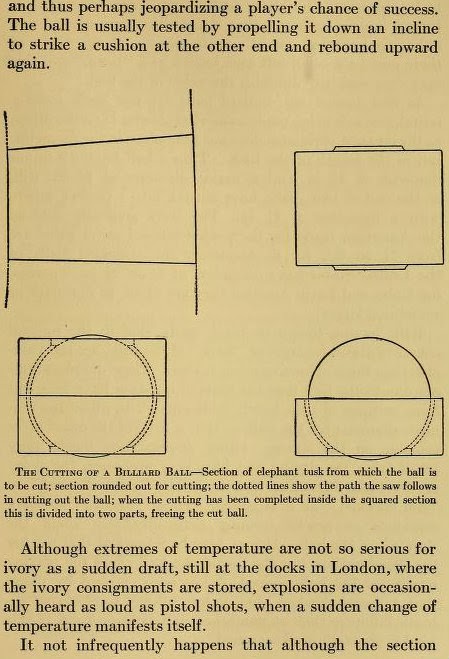 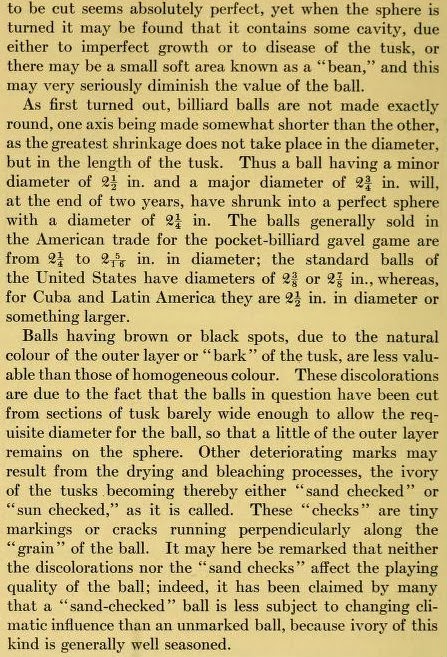 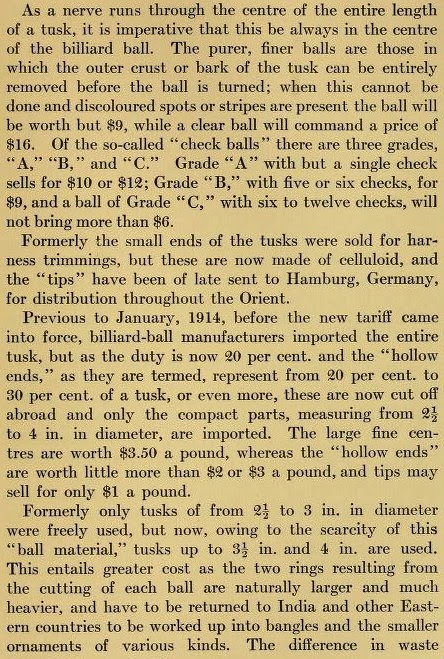 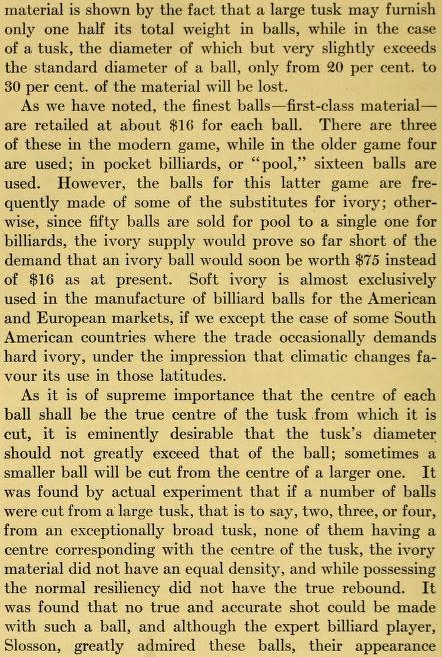 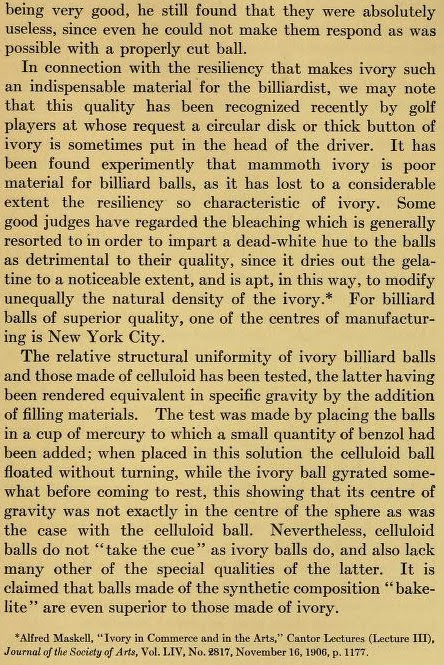